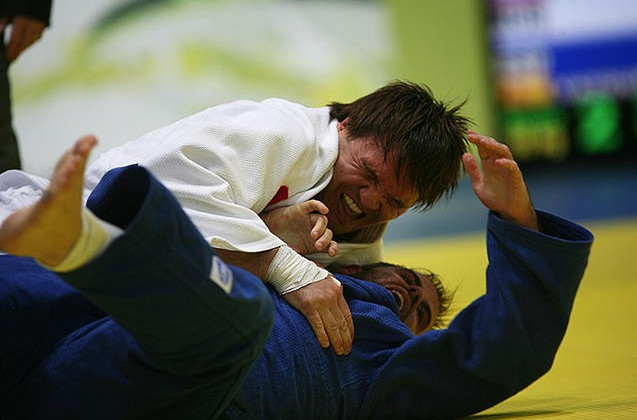 Two more victories came on the women's side, courtesy of Inna Cherniak and Iryna Husieva in the respective under 57 and under 63kg divisions.

Cherniak beat another Azerbaijani in Sabina Abdullayeva in her final in a repeat of the gold medal match, and result, at the Baku 2015 European Games, while Husieva got the better of Russia's Olga Pozdysheva.

Azerbaijan and Russia each enjoyed gold medals of their own today, however, as Eastern European nations continued to dominate proceedings.

Azerbaijan's Ramil Gasimov beat Ukraine's Dmytro Soloyev in the men's under 73kg event, while Tatiana Savostyanova won an all-Russian final in the women's under 70kg division over Olga Zabrodskaia.

Georgia Zviad Gogotchuri was the day's only other winner, beating Ukraine's Oleksandr Nazarenko in the under 90kg event.

Action will conclude in the Portuguese city tomorrow with team competitions.