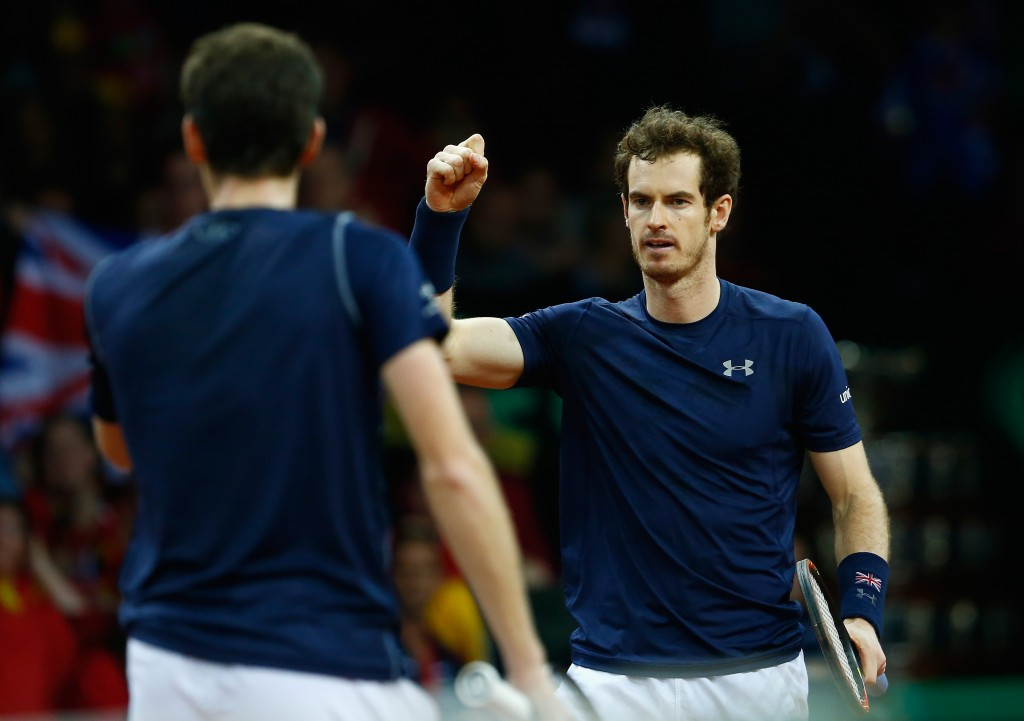 Britain moved to within one win of a first Davis Cup title in 79 years after Andy and Jamie Murray battled to a tight four-set victory in today’s doubles rubber in the Belgian city of Ghent.

While Andy Murray had been expected to take part in the doubles match for Britain, having competed in the singles, the Belgian team sprung a surprise by including their top ranked singles player David Goffin in place of their regular doubles player Ruben Bemelmans.

The tie was seen as being crucial for the Belgian team, with world number two Andy Murray set to be the overwhelming favourite against Goffin in the singles, and the importance was clear in a closely fought opening set.

With Goffin and partner Steve Darcis serving to stay in the first set, the Murray brothers increased the pressure by forcing a deuce, before winning the next two points to make the early breakthrough.

While Andy Murray’s serve was rarely troubled, Belgium began to have joy targeting his brother’s and eventually clinched their first break of the match on route to winning the second set 6-4.

The home crowd in the Flanders Expo were sensing the tie was turning in their favour after securing a break early in the third set, however the Murray’s battled back and quietened the home crowd by taking a 2-1 lead in the match.

Having grasped the momentum once more the British duo dominated in the fourth and quickly completed a 6-4, 4-6, 6-3, 6-2 victory.

“We have two chances to try and win it tomorrow and if you had offered us that at the start we would have taken it,” said Murray after the win.

“Goffin is a world-class player and with the crowd behind him it will be a difficult match.”

Should Goffin overcome Murray in the clash of the team’s top two ranked singles players tomorrow, the tie would be decided in the final singles rubber, scheduled to be between Britain’s Kyle Edmund and the host nation’s Bemelmans.