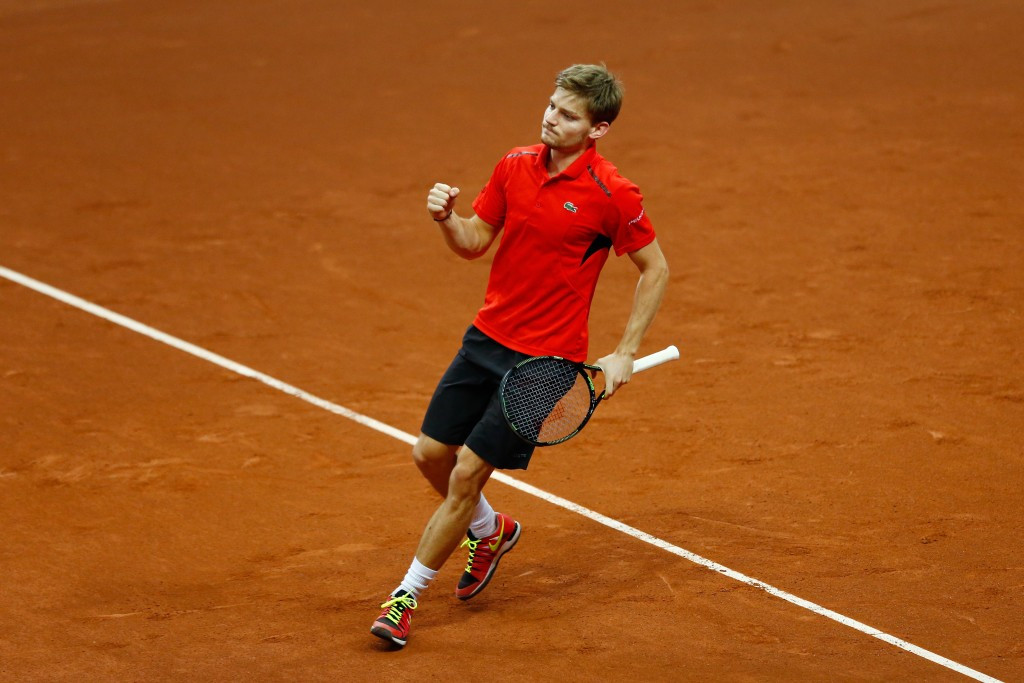 Hosts Belgium are tied 1-1 with Britain at the end of the opening day of the 2015 Davis Cup Final after both country's top ranked players won their opening singles rubbers at Ghent's Flanders Expo.

Having been handed his Davis Cup debut by captain Leon Smith, Britain’s Kyle Edmund threatened to cause a major upset as the world number 100 stormed into an early advantage over David Goffin, the world number 16.

After holding serve following a 12-minute opening game, Edmund broke his opponent to silence the home crowd and several powerful groundstrokes enabled him to dominate the set, which he eventually claimed 6-3.

Edmund continue to belie the difference in rankings as he broke Goffin’s serve on three occasions in the second set to take a 2-0 lead and look on course to put Britain into the lead after the first singles rubber.

The momentum began to shift dramatically into the Belgian’s favour and, after taking the third 6-2, he dominated the fourth to level the match at 2-2.

With his opponent now ailing physically, Goffin comfortably brushed Edmund aside in the fifth set to complete a stunning recovery with his 3-6, 1-6, 6-2, 6-1, 6-0 victory putting the host nation 1-0 up, as they look to win the sport's flagship team tournament for the first time in their history.

Britain’s hopes of a first victory since 1936 are hugely dependent on the performances of Andy Murray and the world number two ensured the day would end all square after seeing off the challenge of Ruben Bemelmans.

Both players traded breaks of serve at the start of the match but the two-time Grand Slam and reigning Olympic singles champion quickly gained control and claimed the set 6-3, after another break.

The 28-year-old remained largely untroubled throughout the remainder of the match, although Bemelmans battled hard, with Murray ensuring the tie would be level overnight, as he wrapped up a 6-3, 6-2, 7-5 victory.

Murray will join his brother Jamie in tomorrow’s doubles match, with the victors set to take a lead into the final day of competition when the final singles rubbers will be played.