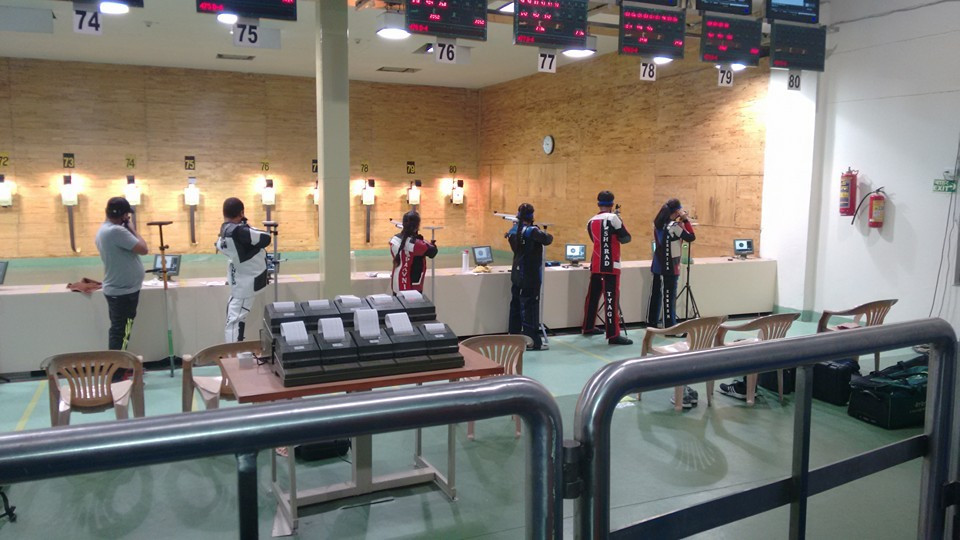 New Delhi has been confirmed as the location for the replacement Rio 2016 Olympic qualifier for Asian shooters, following the International Olympic Committee's (IOC) decision to withdraw their recognition of this month's continental championships in Kuwait City, as first reported on insidethegames earlier this week.

A process to find a replacement event has been led by the International Shooting Sport Federation (ISSF), whose Executive Committee has now confirmed India will step in to hold the event from January 25 to February 3 after reports it would be held at the Dr Karni Singh shooting ranges in Tughlakabad, close to the capital city.

A total of 35 Rio 2016 Olympic Quota Places will be distributed across rifle, pistol and shotgun events, with the IOC having approved the replacement choice.

"After the IOC decided, on 29 October, to revoke the Olympic qualifying status of the Asian Shooting Championship, the ISSF took immediate steps to ensure that the 35 shooting quotas would be awarded to Asian athletes in a high-level alternate competition," an ISSF statement said today.

"The ISSF invited all member federations in Asia to submit proposals to host this competition.

"Five federations expressed interest in organising this competition and three of them submitted excellent, complete proposals.

"After evaluating these proposals, the ISSF Executive Committee selected the proposal from the National Rifle Association of India because it was the only proposal to organise all Olympic events in one competition at one place in New Delhi."

An official programme is still to be confirmed, but "three to five star hotels" have been selected.

Although the Asian Shooting Championships still went ahead earlier this month, recognition was withdrawn just days after Kuwait's suspension from the IOC after the passing of a deadline for changes to be made to a Government law which supposedly threatened the independence of sporting institutions.

In a "direct violation of the non-discrimination principle of the Olympic Charter which must apply for all Olympic qualification competitions", designated ISSF technical delegate, Yair Davidovich of Israel, was also reportedly denied a visa by the Kuwaiti Immigration Department.

This decision has been fiercely criticised by the Asian Shooting Confederation (ASC), however, who last week expressed their hope quota places will still be retrospectively awarded for performances achieved in the Gulf nation.

In a website post published on November 18, the body's General Assembly "unanimously" claims that IOC allegations of discrimination were "not made on a solid and legal basis", alleging that the Organising Committee was not "granted the right to provide its opinion nor to be heard prior to filing any complaint to the IOC or deciding about an act of discrimination".

It appeared more than a coincidence that Kuwaiti Minister of State for Youth Affairs Sheikh Salman Sabah Al-Salem Al-Homud Al-Sabah, the official responsible for the controversial Kuwaiti law, was also President of the Asian Shooting Confederation.

Sheikh Salman relinquished his post on November 10 "for the benefit of shooting sport in Asia and participating athletes".

insidethegames has contacted the ASC today to ascertain if they support the awarding of the qualifier to New Delhi.