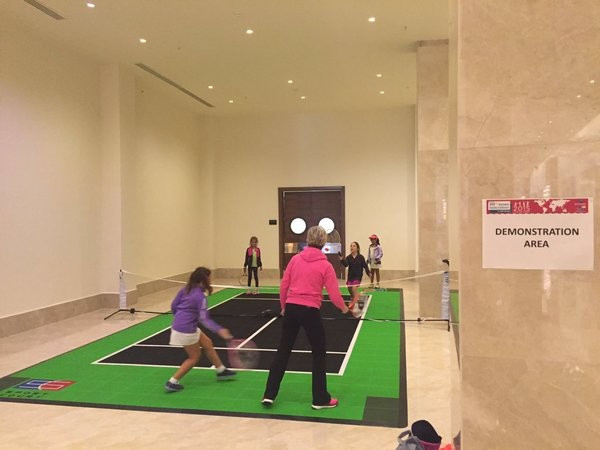 British Fed Cup captain Judy Murray is set to be one of the keynote speakers at the International Tennis Federation (ITF) Worldwide Coaches Conference, which will be held in the Turkish city of Antalya from today until November 28.

More than 700 coaches from a total of 99 nations are expected to attend the five-day conference, held on a biennial basis, which is being organised by the ITF in collaboration with the Turkish Tennis Federation at the Hotel Riu Kaya Palazzo.

Murray, mother of two-time men's Grand Slam winner and Olympic champion Andy Murray, is one of several leading international experts in coach education who are due to speak at the conference with this year’s theme titled “A Player Centered Approach to Long-term Development: Participation to Performance.”

Player performance and sport science specialists will also present the latest developments in their fields through a mixture of practical on-court coaching and lectures.

Presentations and workshops will focus on four ages of development, with the players under 10-years-old seen as being in the “building phase” while 11 to 14-year-olds are deemed to be in the “development phase.”

The “junior phase” from the ages of 15 to 18-years-old will also be looked at, before the final age group of 19 to 23-year-olds will focus on players' transition from the juniors to the professional level of competition.

Carl Maes, a former Belgian Fed Cup captain, will join Murray as a keynote speaker at the conference as well as ex-Davis Cup players Dominik Hrbaty of Slovakia and Francisco Roig of Spain.

“We are delighted to see such a large number of coaches and speakers in attendance at this year’s ITF Worldwide Coaches Conference,” said Dave Miley, ITF executive director of tennis development.

“This conference will address the importance of each stage of a player’s long term development, from the initial participation programmes through to high performance training.

“We are grateful for the continued support of our presenting sponsor BNP Paribas in staging this event.”

Presentations will also cover topics outside the main theme of the conference, including the ITF’s Tennis10s programme which, as part of the Tennis Play and Stay campaign, seeks to encourage children aged 10 and under to take part in the sport by playing on smaller courts with slower balls.

Additionally, player development and participation programmes, performance analysis and athlete pathways, conditioning and injury prevention, psychology and wheelchair tennis will also be the subject of various workshops during the duration of the conference.