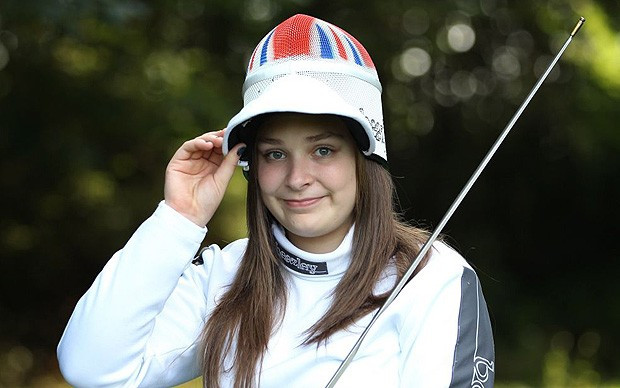 Wheelchair fencer Gabi Down of Britain, who competed for her nation at London 2012, has announced her retirement from the sport aged just 17 due to a persistent wrist injury.

Down, who was part of the British team which finished eighth in the women's team epee event at the Paralympic Games on home soil three years ago, has been struggling with the problem for more than 18 months and has opted to retire following advice from doctors.

She turned down surgery, however, but has been warned that a return to wheelchair fencing could have ramifications for her health further down the line.

The youngster, who described her retirement as the “hardest decision” she has had to make, will now focus on her studies but hopes to return to some form of competition outside of wheelchair fencing at some point in the future.

Her appearance in London made her one of Britain's youngest ever Paralympians at the age of just 14.

“The surgery would be unlikely to help my wrist and the scar tissue would in fact make it worse,” Down said.

“So I had to weigh up my options and I decided that I didn't think the surgery would be worth it.

“The risks are too high.

“My biggest achievement in wheelchair fencing is getting to fence at the London 2012 Paralympics as part of the women's epee team event.

“I'll miss competing but most of all I'll miss my teammates.

“The Great Britain wheelchair fencing team is more than just a team - we are like a family and I will miss them all enormously.”

The news has been met with sadness among the British wheelchair fencing fraternity, with coach Baldip Sahota hoping that he hasn’t seen the last of Down representing her country.

“Fencing has been a big part of Gabi’s life, and as her coach for several years it is a very sad day for me,” he said.

“I wish her all the best for her future and hope she will be able to return to sport one day.”

Chair of the British Disabled Fencing Association (BDFA), David Heaton, added: “We are very sad to hear the news that Gabi has had to take the decision to retire from wheelchair fencing.

“In her relatively short career Gabi has achieved so much and we are sure that Gabi will be successful in whatever path she decides to take.

“She has been a great ambassador for our sport and BDFA, we wish her every success in the future.”