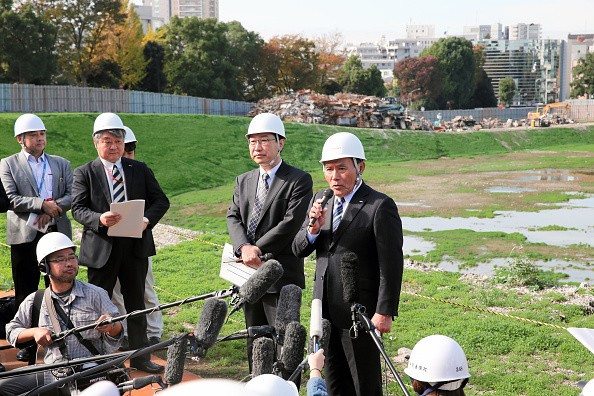 Construction work on the stadium being built for the 2020 Olympics and Paralympics in Tokyo has been pushed back to 2017, Japanese Government officials announced today.

Today was the deadline for submission of plans for the new National Stadium detailing the overall design and cost.

A winner is due to be chosen by the end of next month and the design will be worked on during 2016.

Ground on the new Stadium will then be broken the following year.

"If all goes well, it will beg in around the start of the year after next," Takakuni Ikeda, a Board member of Japan Sport Council, who are responsible for building the Stadium, told Japanese news agency Kyodo News.

"It's true that this is quite late compared to the original plan."

The amount of land allotted for the new Stadium will be 113,000 square meters, roughly 1.5 times the size of the old one, which hosted the 1964 Olympics and the demolition of which was completed late last month.

The Stadium was originally set to be completed in time to host key matches of the 2019 Rugby World Cup.

Matches, including the final, will now be held in neighbouring city Yokohama.

The new deadline for designs has coincided with Japan's economy plunging back into recession again.

Japanese officials remain confident, however, that they remain on schedule to complete the new Stadium by January 2020, allowing plenty of time to test its capabilities for the Olympics and Paralympics.

"We believe there will be no problems keeping to the schedule," Ikeda told Kyodo News.