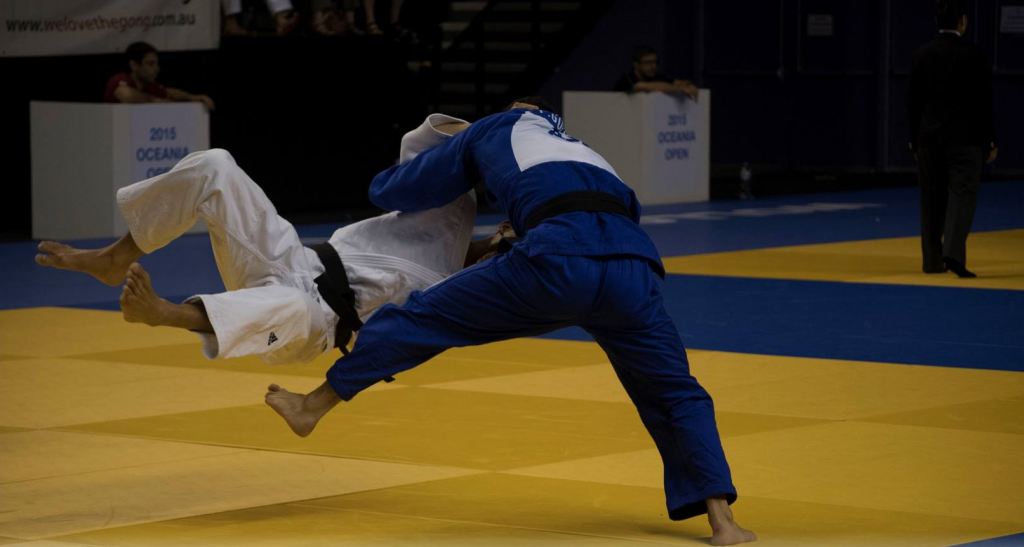 Algeria and Britain enjoyed a successful final day of the Oceania Judo Union (OJU) Oceania Open as they each secured two titles in Australian city Wollongong.

Britain’s Megan Fletcher enjoyed comfortable progression to the gold medal bout in the women’s under 70 kilogram event having claimed ippon victories in her first round and semi-final contests and she secured the title in the same manner by defeating the United States’ Kathleen Sell.

In the four-woman over 78kg event Sarah Adlington also defeated American opposition to seal gold, with her ippon victory over Nina Cutro-Kelly ensuring the British team would finish the two-day event top of the medal table with three golds, following Nathon Burns win in the men’s under 66kg event yesterday.

As only four judoka competed in the over 78kg division only one bronze medal was offered with French Polynesia’s Rauhiti Vernaudon missing out on the podium after being beaten via ippon by Argentina’s Samantha Da Cunha.

Australia were denied home success in the last women’s event of the Open as Miranda Giambelli fell to an ippon defeat in the under 78kg division to Gabon’s Sarah Myriam Mazouz.

Algerian success came in the men’s heavyweight competitions with Lyes Bouyacoub securing the under 100kg title with a narrow shido penalty win over Mongolia’s Bat-Erdene Davaadorj.

Grigori Minaskin of Estonia and Tunisia’s Anis Ben Khaled bounced back from their early losses in the tournament to claim wins in a recharge round and their bronze medal bouts to earn a podium finish.

Bouyacoub’s victory with swiftly followed by an ippon win for his compatriot Mohammed Amine Tayeb over Azerbaijan’s Ushangi Kokauri in the over 100kg final, while Canada’s Ignacio Rodriguez and Estonia’s Juhan Mettis claimed bronze.

Azerbaijan did the day with one title, though, as Mammadali Mehdiyev beat Switzerland’s Ciril Grossklaus on shido penalties in the under 90kg event, with Algeria’s Abderrahmane Benamadi and America’s Colton Brown winning bronze.

The final title of the weekend’s action saw Turkey’s Emirhan Yucel claim a rapid ippon victory over Britain’s Owen Livesey in the under 81kg competition.

Montenegro’s Srdjan Mrvaljevic defeated the host nation’s Eoin Coughlan in the same manner to win the first bronze medal in the division, with Argentina’s Emmanuel Luncenti claiming the other having also won by ippon in his tie against Fiji’s Josateki Naulu.