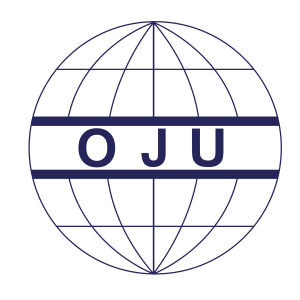 Switzerland’s Emilie Amaron claimed her second title of the week as she secured women’s under 57 kilogram division gold at the Oceania Judo Union Oceania Open in Wollongong, Australia.

Amaron had triumphed just six days earlier at the African Open event and she continued her excellent form by delivering a superb performance throughout the duration of the competition in Australia, which culminated in a victory over New Zealand’s Darcina Manuel in the gold medal bout.

Having fallen short of reaching the final, both Manon Durbach of Luxembourg and Hong Kong’s Po Sum Leung secured the division’s bronze medals.

Evelyne Tschopp was unable to add a second Swiss gold on the opening day of competition as she was beaten in the women’s under 52kg final by Canada’s Ecaterina Guica, with Argentina’s Abi Betsabe Cardozo Madaf and Armenia’s Zhanna Stankevich claiming bronze.

Canada ended  the day top of the medals table with Stéfanie Tremblay adding to Guica’s gold medal, winning the under 63kg event by seeing off the challenge of home favourite Katharina Haecker.

Despite Renicks falling short in claiming gold, Nathon Burns ensured a British judoka stepped onto the top of the podium as the 26-year-old ended African hopes of a first day gold as he defeated Algeria’s Houd Zourdani in the under 66kg event.

Burns was joined on the podium by his team-mate Lewis Keeble, who claimed the division’s first bronze, with Belgium’s Kenneth Van Gansbeke taking the final medal on offer.

The under 60kg gold was claimed by the Czech Republic’s Pavel Petrikov as he defeated Canada’s Sergio Pessoa Jr in the climax to the lightweight event, while Switzerland’s Ludovic Chammartin and Azerbaijan’s Oruj Valizade completed the podium.