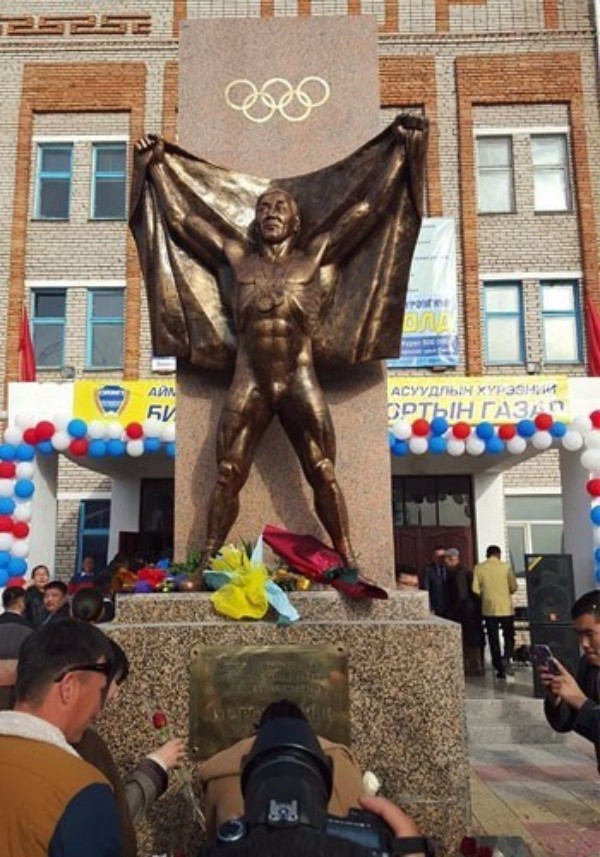 Mongolian National Olympic Committee secretary general Jugder Otgontsagaan has participated in a special ceremony to unveil a statue recognising wrestler Dugarsuren Oyunbold, one of the Asian nation's most successful athletes.

Oyunbold, who died in 2002, won a freestyle bantamweight bronze medal at the Moscow 1980 Olympics, one of four medals won by the country at the Games.

This followed another third place finish at the Mexico City 1978 World Championships, as well as 12 national titles.

The statue was unveiled in his hometown of Sukhbaatar, the centre of the northern province of Selenge.

They were joined by "distinguished guests" from other sports organisations as well as several members of Parliament.

Nine of Mongolia's total haul of 24 Olympic medals have come in wrestling, consisting of four silvers and five bronzes but no golds.

The nation's first two golds in any sport were won at London 2012, courtesy of under 100kg judoka, Naidangiin Tüvshinbayar and under 54kg boxer, Enkhbatyn Badar-Uugan.