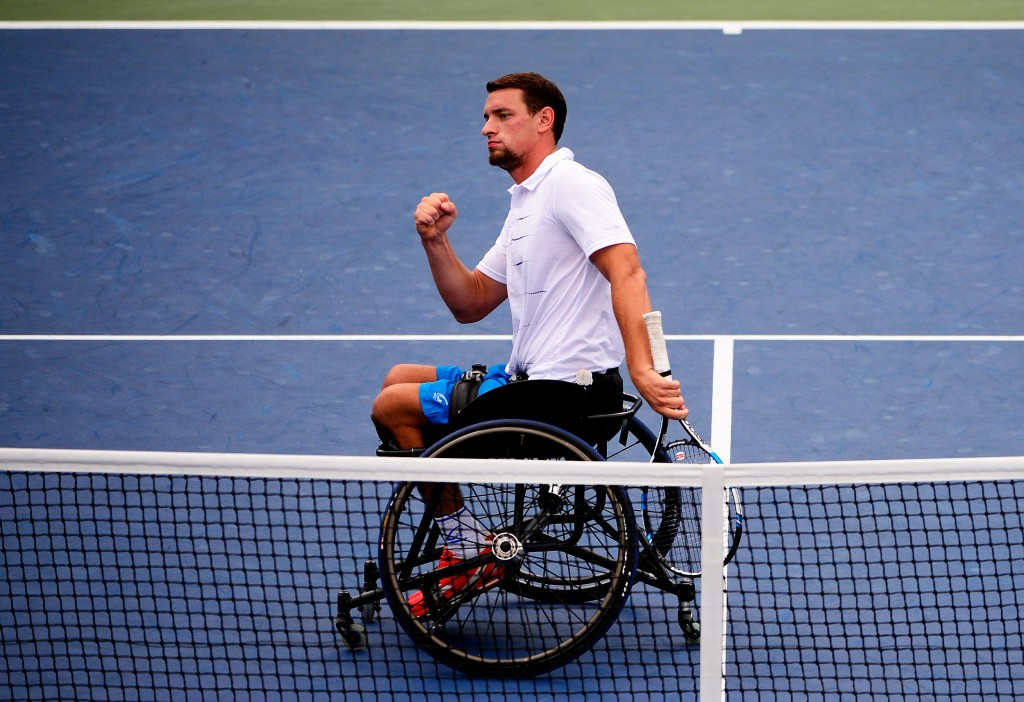 Defending champions Joachim Gerard of Belgium and Frenchman Stephane Houdet booked their place in the semi-finals of the UNIQLO Wheelchair Doubles Masters with a comfortable straight-sets victory over Tom Egberink and Maikel Scheffers in Mission Viejo, California.

The top seeds, who had suffered a shock defeat to Britain's Alfie Hewett and South Africa's Evans Maripa in their opening match before recovering by beating Britons Marc McCarroll and David Phillipson yesterday, proved too strong for the Dutch duo with a 6-4, 6-2 success.

The result ended the unbeaten run of Egberink and Scheffers, who progressed alongside Gerard and Houdet after winning their first two matches.

In the other contest in Pool 1, McCarroll and Phillipson ousted Evans and Maripa with a 7-5, 6-4 win.

The 2014 winners are due to take on Wimbledon champions and third seeds Gustavo Fernandez and Nicolas Peifer in the semi-final despite the pair losing to Japan’s Shingo Kunieda and Takuya Miki 5-7, 7-5, 6-2.

In fact, taking the first set proved to be pivotal for Fernandez and Peifer in them reaching the next round as they finished on a two win and one loss record at the end of the group stage.

Frenchman Michael Jeremiasz and Gordon Reid of Britain had no such troubles, however, as they completed the first phase of the competition with a 100 per cent record, claiming three consecutive victories.

They secured a 6-3, 7-5 triumph against Sweden’s Stefan Olsson and Peter Vikstrom, gold medallists at London 2012, in their last group encounter.

That left three of the teams in the tense pool locked on one win and two losses apiece, with second seeds Jeremiasz and Reid squeezing through by virtue of winning more sets.

In the quad doubles event, which features a round-robin phase before the top two pairs battle for the title in final on Saturday (November 7), British team Jamie Burdekin and Andy Lapthorne picked up their second win of the competition, overcoming Americans Nicholas Taylor and David Wagner.

Despite the tough test posed by Taylor and Wagner, who are bidding for a ninth Wheelchair Doubles Masters crown, Burdekin and Lapthorne, the second seeds, emerged with a confident 6-4, 6-2 win.

The Britons will go on to face Italy’s Alfredo di Cosmo and American Greg Hasterok, who kept themselves in contention with a tight 7-6, 7-5 success against Italians Alberto Corradi and Antonio Raffaele, or Taylor and Wagner in the final.

The semi-finalists had already been decided in the women’s competition and in the last round of matches, Jiske Griffioen and Aniek van Koot of The Netherlands beat compatriots and fourth seeds Marjolein Buis and Michaela Spaanstra 6-3, 3-6, 6-2.

Top seeds and defending champions Yui Kamiji of Japan and Britain’s Jordanne Whiley ensured they finished top of Pool 1 as they claimed a 6-4, 4-6, 6-3 win against Germany’s Sabine Ellerbrock and Lucy Shuker of Britain.