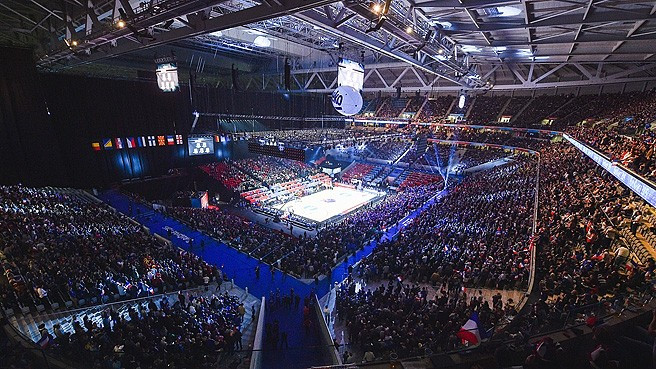 Finland, Israel, Poland, Romania and Turkey have all submitted a bid to host the EuroBasket 2017 tournament, the International Basketball Federation (FIBA) Europe has announced.

All of the interested nations met the November 2 deadline following the opening of the bid process on October 1.

There are three options available for the 2017 competition as countries can either host the whole event, a group in the opening phase or a group together with the final phase.

Group phase matches at the 2015 edition of EuroBasket were held across Europe in Montpellier, Berlin, Riga and Zagreb, while the final stage of the tournament took place in Lille.

The five countries are due to be visited by the Evaluation Commission over the coming month, who will then submit their findings to the FIBA Europe Board.

A final decision on the destination of the event in two years’ time will then be made on December 12.

EuroBasket 2017 will be the first European competition to be held as part of the new FIBA competition calendar, which aims at increasing the global profile of the sport.

Continental Championships will now be held every four years instead of biennially with the aim being to increase exposure of the sport by giving fans across the world more opportunities to see their teams compete on home soil.

The modified calendar, due to come into effect in 2017, includes a revamped qualification process for the 2019 FIBA Basketball World Cup, recently awarded to China, and will have a direct effect on how teams can secure places at the Olympic Games in Tokyo the following year.

Under the qualification system, seven countries, made up of the two highest ranking European and Americas teams and the top performing African, Asian and Oceania side at the 2019 Basketball World Cup, will earn a berth at Tokyo 2020.

The other teams will have to battle it out in Olympic qualifying tournaments.

To earn qualification for the World Cup, held every four years, competing countries across the four continents - Europe, Americas, Africa and Asia Pacific - will now be split into two divisions, A and B, to correspond with their ability level.

They will play each other home and away in 15-month cycles, with the top three teams in each division, made up of 16 sides, progressing to the next phase.