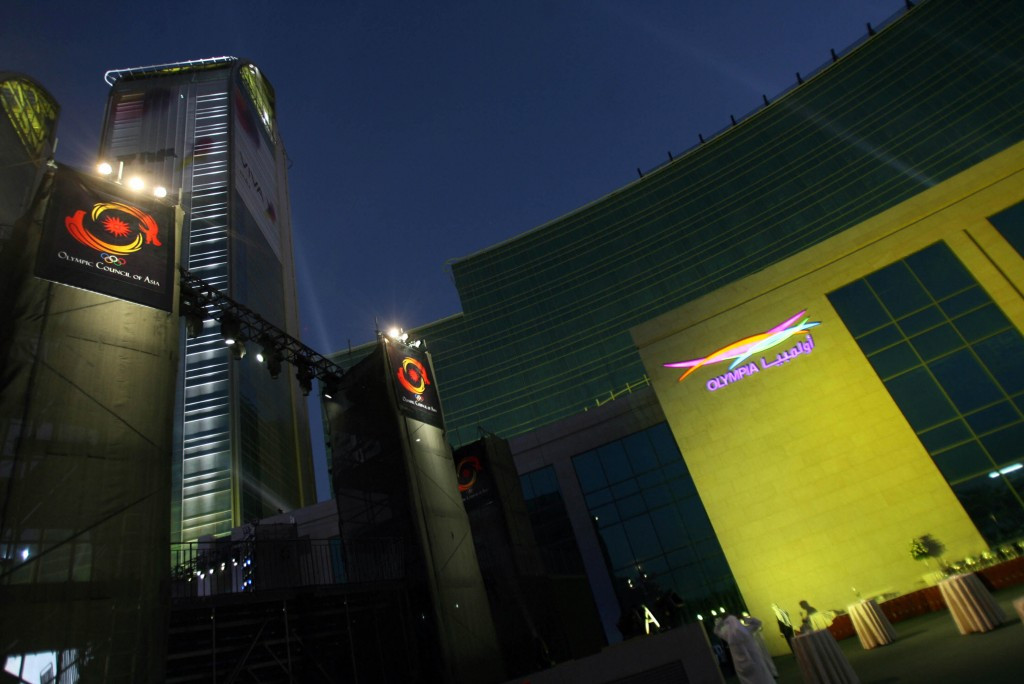 The Olympic Council of Asia (OCA) has had several offers from countries willing to house its headquarters - should the current political crisis force them out of Kuwait, they have claimed.

Doubts have been raised about the organisation's home in Kuwait City, which only opened in March 2014, after the country was suspended by the International Olympic Committee (IOC) last month for alleged Government interference.

Kuwait - which said the suspension was "totally unacceptable" - then reportedly took steps to withdraw from the OCA, as well as breaking off a diplomatic immunity agreement.

An OCA statement released to insidethegames claimed they had not heard from Kuwait's Government about the decision to withdraw.

The matter is further complicated by the fact that Sheikh Ahmad Al-Fahad Al-Sabah, the OCA President, is Kuwaiti.

Sheikh Ahmad appears to have a strained relationship with his country's Government, which claimed he should have done more to help them with regards to the suspension.

Sheikh Ahmad denied that there was anything he could have done to aid them.

The OCA claimed it was working to resolve the situation but also pointed out that they were making plans for every scenario.

"The Olympic Council of Asia is aware of local media reports that the Kuwait Government is currently reviewing its international diplomatic immunity agreement with the OCA," the statement read.

"However, there has been no official communication between the Kuwaiti Government and the OCA on this matter.

"The Minister of State reported in the local media that this review follows the decision of the International Olympic Committee to suspend the Kuwait Olympic Committee after the Kuwaiti Government introduced new sport laws, which threaten the autonomy of sport in the country.

"Several International Federations have taken the same action as the IOC.

"The decision to review the OCA’s tenancy in Kuwait is therefore a political one.

"The OCA headquarters in Kuwait is enshrined in international and Kuwait law.

"The OCA has operated in Kuwait since 1981 on the request of the Kuwaiti Government and a law was introduced in 2006 to provide the optimum environment for the OCA to operate as an international organisation.

"Therefore, it is in the interests of all parties involved to resolve this matter as quickly as possible.

"The OCA is ready and willing to work with the Kuwaiti Government to try and find a solution to this matter.

"If no resolution can be found, the OCA is confident that this decision will not have a negative impact on the governance or operation of the organisation.

"The OCA will protect its 45 member NOCs’ financial and constitutional interests in the state of Kuwait, which have been agreed and officially approved by the Kuwaiti government.

"The OCA has already received several offers from nations across Asia willing to host its headquarters.

"The OCA has experience of operating from a variety of different locations during difficult times, including London during the Iraq invasion of Kuwait in 1990, where the OCA managed to successfully prepare and manage the 10th Asian Games in Beijing in 1990.

"The number one priority for the OCA remains to serve its NOCs from 45 countries in Asia and their tens of thousands of athletes in order to create a united Asia, equal and more peaceful through sport.

"The OCA continues to operate as normal and is working hard with the organising committees of the 2016 Asian Beach Games in Danang, the 2017 Asian Indoor and Martial Arts Games in Ashgabat, the 2017 Asian Winter Games in Sapporo and the 2018 Asian Games in Jakarta-Palembang to deliver world-class events which will showcase the sporting excellence of Asian athletes and inspire future generations."

When handing out the suspension, the IOC said the new law threatened the autonomy of the Kuwait Olympic Committee (KOC) and all other National Federations, which contravenes its strict rules on Government interference.

In addition, it was claimed that Kuwait would no longer comply with the Court of Arbitration for Sport or the World Anti-Doping Agency as part of the law.

The country was automatically suspended from the OCA as a result of its IOC suspension, which ruled them out of all continental activities, including the OCA and Olympic Solidarity Regional Forum scheduled for the end of next month.

Governing bodies, including FIFA and the International Basketball Federation (FIBA), followed the IOC's lead while the KOC was previously suspended by the IOC in 2010, again for Government interference.

While the current suspension is in place, Kuwait's athletes will not be able to compete under their own flag.

The ongoing Asian Shooting Championships in Kuwait has been stripped of its Olympic qualification status.

Sheikh Salman Sabah Salem Al-Humoud Al-Sabah, Kuwait's Minister of Information and Minister of State for Youth Affairs claimed today that Kuwait's sport associations have full autonomy and there is no interference.

Alleging again that the current situation his country is in has been caused by "sons of Kuwait" - likely pointing the finger at Sheikh Ahmad - he claimed the Government would launch a package of legal and regulatory procedures to "correct, develop and buttress" the sports movement in the country.