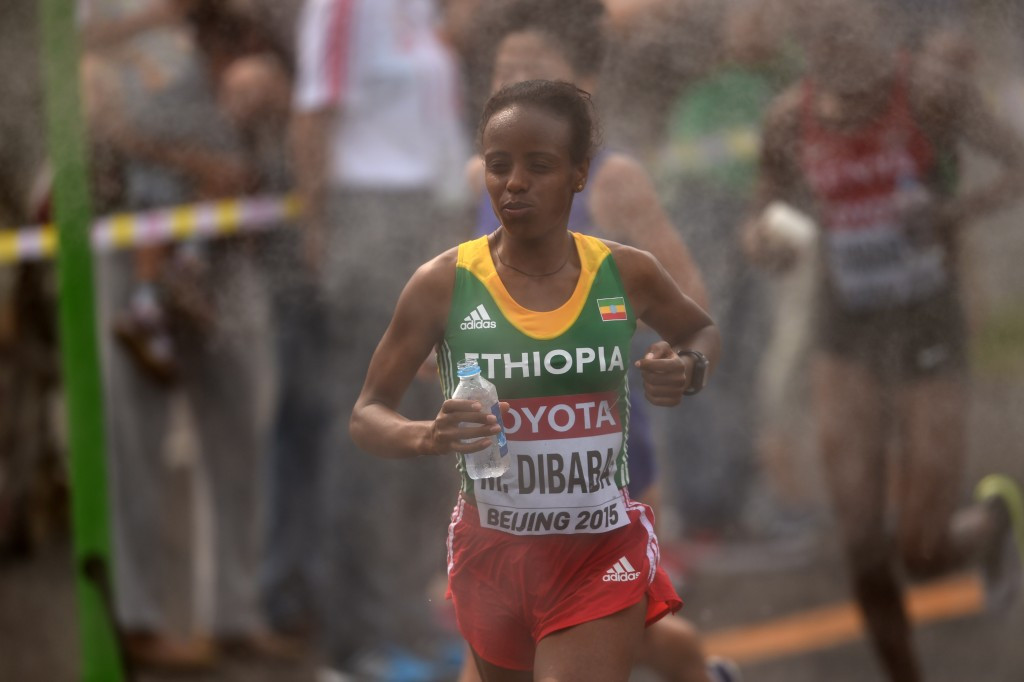 Eliud Kipchoge and Mare Dibaba are the two stars to be nominated for the 2015 International Association of Athletics Federations (IAAF) Athlete of the Year award in the road running category.

Thirty-year-old Kenyan Kipchoge won the London Marathon this year in a world-leading time of 2 hours 04min 42sec, and the twice Olympic medallist then went even quicker at another of the World Marathon Majors in Berlin, clocking 2:04.00 in the German capital.

Ethiopian Dibaba has also had a stand-out year, which began with a 2:19:52 victory at the Xiamen Marathon.

She was second in Boston, but claimed gold at the World Championships in Beijing in August.

The pair join Usian Bolt and Dafne Schippers, who were put forward in the sprint category, and Mo Farah and Genzebe Dibaba, who got the nod in the middle/long distance section, on making the longlist for Athlete of the Year.

Mare, a former All-Africa Games champion, is not related to compatriot and fellow nominee Genzebe.

Nine men and nine women will eventually be selected following votes by IAAF stakeholders, with the nominees from the hurdles, race walking, jumps, throws, combined events and multi-terrain categories yet to be revealed.

The nominations will then be whittled down to three men and three women, which will be selected by a list of experts comprising of representatives from all six continental areas of world athletics’ governing body.

From those finalists, the Council of the International Athletics Foundation (IAF) will select the male and female World Athletes of the Year, with a final announcement due to be made at a ceremony in Monaco on November 28.