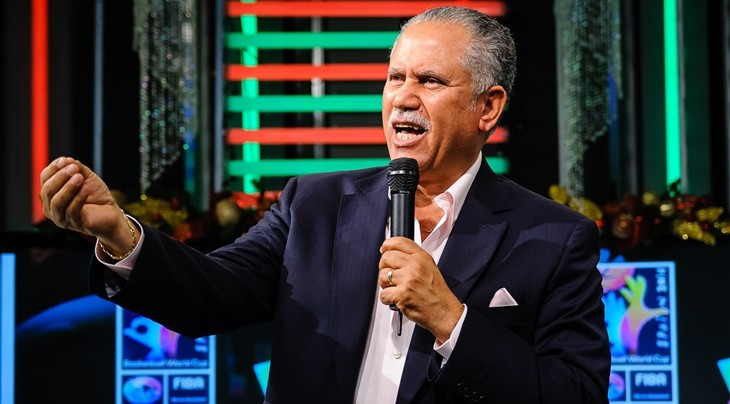 National teams will play regular home and away games over a four year cycle from 2017, which will be used as qualifiers for the 2019 World Cup and the 2021 Continental Cups.

The aim is to increase exposure of the sport by giving fans across the world more opportunities to see their teams compete on home soil.

In the past, countries qualified for the World Cup through the biennial continental competitions.

"Like any system in the world, until you apply it and you see the results, it's very difficult to form a precise opinion because you need to let things work," said Beltran.

"Obviously when it comes to the advantages, for us we would have a Puerto Rico national team playing at various dates throughout the year.

"It's an advantage because you can have the national team or a representation of Puerto Rico for three or four times a year in given windows and this creates a collective atmosphere in the country to promote the national team."

National sides will play their matches during allotted time-frames but top stars from leagues such as America's NBA may not be available to play for their countries.

"The disadvantage is you don't have your top players available because they are playing in different leagues," Beltran added.

"But everyone is in the same situation."

The new competition system has been backed by FIBA director of media and marketing Frank Leenders.

“We know we have been under-performing in terms of visibility and popularity across the world and we believe this new competition system will change that,” he said at the SPORTEL conference in Monaco last month.

“This will help the entire movement of global basketball and will provide us with a beneficial product to help us become stronger.

“For some clubs around the world the system is too much but everybody else shares our view and is excited about it.”