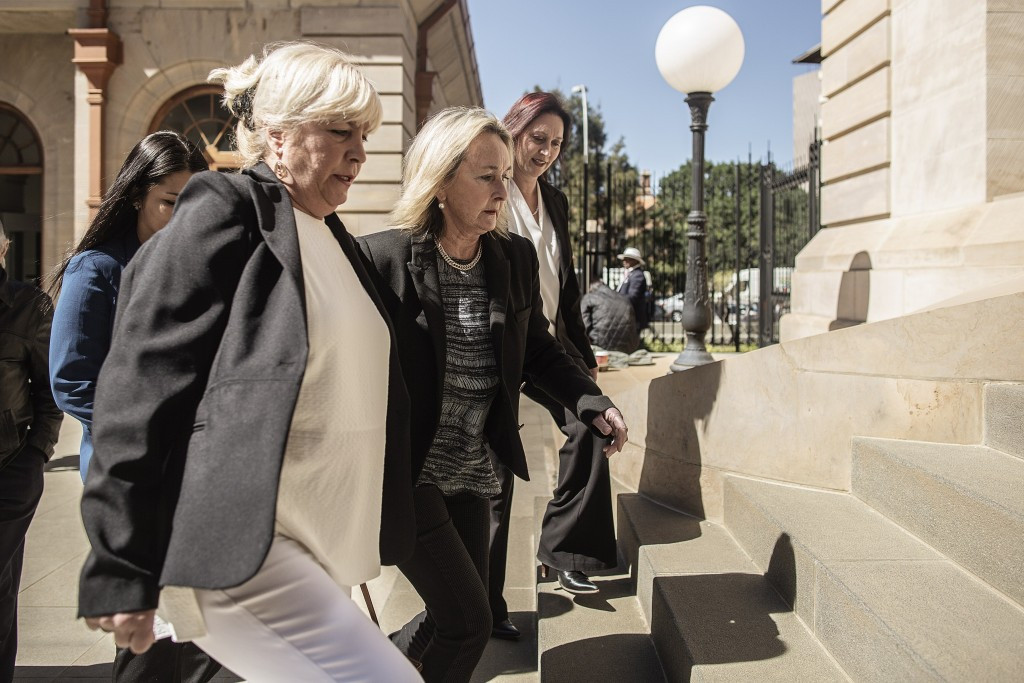 Prosecutors seeking to upgrade six-times Paralympic champion Oscar Pistorius' culpable homicide conviction to murder have presented their case to a South African court today - with a verdict now deferred to a later date.

Judges at the country's Supreme Court of Appeal in Bloemfontein were told that the initial verdict against the 28-year-old sprinter in October 2014 was too lenient, and that he should face sterner punishment for killing his girlfriend Reeva Steenkamp.

He shot Miss Steenkamp through a locked bathroom door in 2013 but has always insisted that he mistook her for an intruder.

Judge Thokozile Masipa jailed him for five years for culpable homicide, the equivalent of manslaughter, but chief prosecutor Gerrie Nel insisted today that he should be convicted of murder, claiming he must have known that the person behind the door could be killed.

His case largely rests on the definition of dolus eventualis, a legal term which when proven means a person knew that his actions would lead to death.

Nel told the court that Masipa misinterpreted this law when making her conclusions.

Pistorius was released from prison just one year into his term last month, and is currently under house arrest at his uncle's home in Pretoria.

If the prosecutors are successful, however, he would be returned to jail to serve a much longer term, with a minimum sentence of 15 years behind bars requested.

The blade runner was not in court today where it was decided that a decision would be made on an as yet unconfirmed date.

Barry Roux, defending, argued that the prosecution's points had already been dismissed in the original court case.

The defence insist that Pistorius' version of events is correct, and also claim that the double leg amputee was on his stumps at the time of the shooting so was in a vulnerable position.

This, they argue, rules out murder.

Today's hearing, which lasted three hours and was broadcast on South African television, was attended by Miss Steenkamp's mother, June.