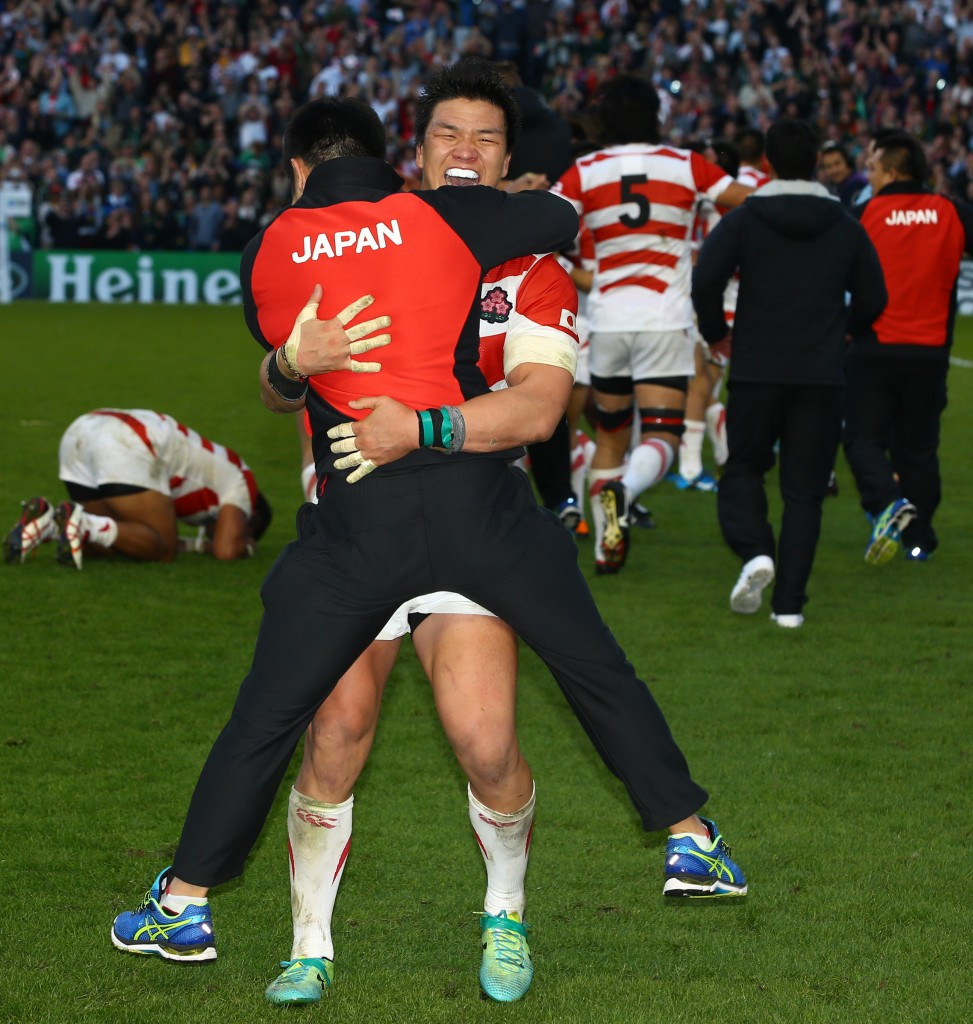 Japan and Argentina are the biggest climbers in the World Rugby rankings after grabbing the headlines at the World Cup in England.

The Japanese were arguably the story of the tournament after they caused one of sport's biggest upsets in the pool stage, beating the mighty South Africa 34-32 in Brighton thanks to a last-gasp try.

It was not enough to book the Blossoms a spot in the quarter-finals as they became the first country to exit in the opening round with three victories from four.

Scotland and a wounded South Africa would take the two spots on offer in the last eight, but Japan, the 2019 World Cup hosts, have climbed three places to 10th.

Argentina, meanwhile, have jumped from eighth to fifth after they reached the semi-finals.

The Pumas were particularly impressive when they brushed aside Ireland 43-20 in the quarter-finals before their run was ended by eventual runners-up Australia in the last four.

Ranking points were doubled to reflect the importance of matches at the World Cup, which concluded on Saturday when New Zealand lifted the trophy for the second year in a row by downing the Aussies 34-17.

Hosts England have dropped four places to eighth, their equal worst position since the rankings began in 2003.

Stuart Lancaster's men became the first home nation to exit in the pool stage following defeats to Australia and Wales in the so-called Group of Death.

Ireland have slipped to sixth after their last eight exit while three Pacific Island countries have also slipped down the standings, with Fiji and Tonga dropping two places to 11th and 13th place respectively and Samoa sliding three spots to 15th.

The top three positions remain the same with champions New Zealand staying at the summit, ahead of Australia and third-placed South Africa who were beaten by the triumphant Kiwis in the last four.