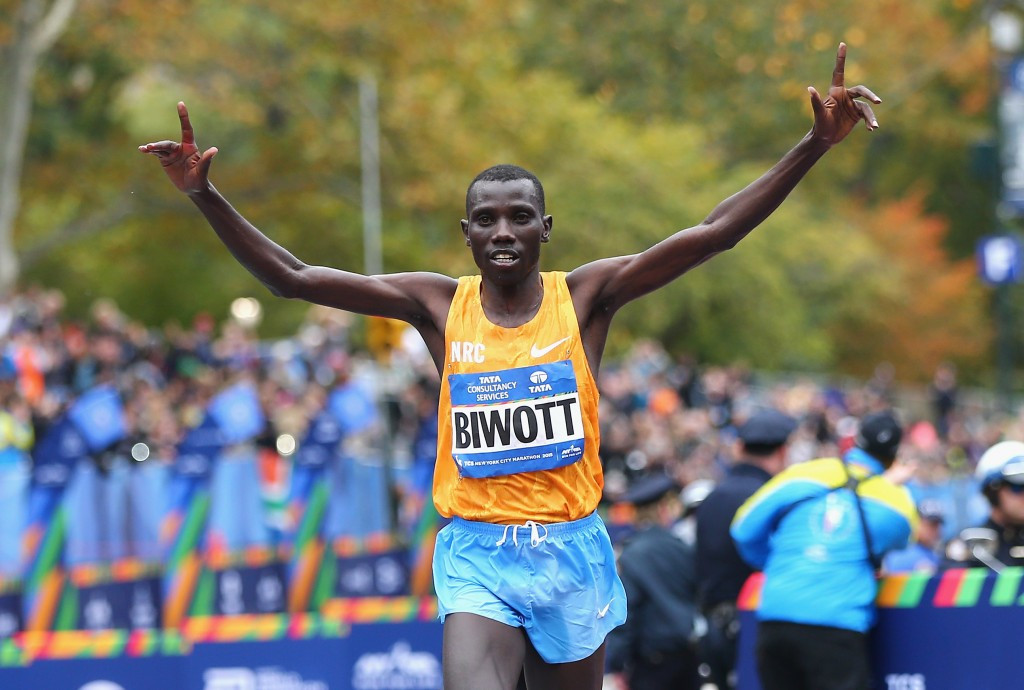 There was a Kenyan double at the New York City Marathon today as Stanley Biwott and Mary Keitany claimed the men's and women's titles respectively.

Kamworor was 14 seconds back while Ethiopia's Lelisa Desisa, a winner of another of the Marathon Majors in Boston this year, was third in 2:12.10.

Keitany, meanwhile, defended the title she won last year to become the first woman to seal back-to-back wins in the race since Britain's world record holder Paula Radcliffe managed it in 2008.

The former World Half-Marathon Champion pulled away at the 21-mile mark to win in 2:24.25, with Ethiopia's Aselefech Mergia coming home in second a further 67 seconds back.

She becomes the eighth woman to win in New York more than once, with Ethiopia claiming another podium place thanks to Tigist Tufa coming third in 2:25.50.

It was also a far more comfortable win for Keitany than her success in 2014, when her three second margin of victory was one of the narrowest in the race's history.

Her success means she has completed a sweep of the four Major wheelchair marathons - London, Boston, Chicago and New York - for the third straight year.

Ernst Van Dyk of South Africa won his second title in the men's race, and his first since 2005.