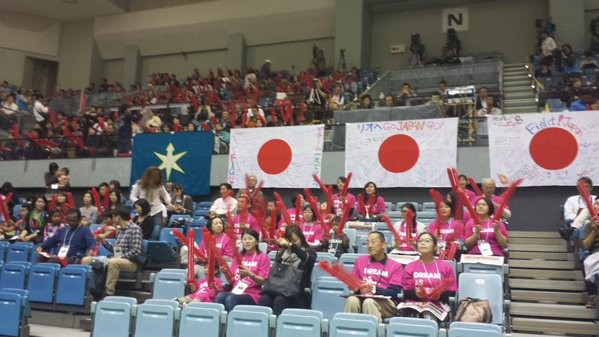 The hosts won 56-51 in Chiba and booked their place at the Rio 2016 Paralympics in the process.

Australia had won the last three editions of the regional tournament but trailed 15-12 at the end of the first quarter as Japan performed strongly to force turnovers.

At half-time the hosts' advantage remained at three points as they led 27-24, and the margin was the same again following the conclusion of the third quarter with Japan 41-38 in front.

The Australians did manage to close the gap to two points at one stage of the final stanza, before the Japanese pulled away to clinch the trophy.

Their win has also seen them rise to third in the world rankings and gains revenge for the 60-55 defeat at the hands of Australia in the bronze medal match of the Wheelchair Rugby Challenge in London last month.

Yukinobu Ike, the Japan captain, has now targeted a spot on the podium in Rio next summer, with his country set to compete at the Paralympics for a fourth straight time.

"Our aim of winning a medal is unwavering," he said.

Meanwhile, the bronze in Chiba went to New Zealand who saw off South Korea 52-36.

Only four countries competed in total, with a round-robin phase preceding the final.