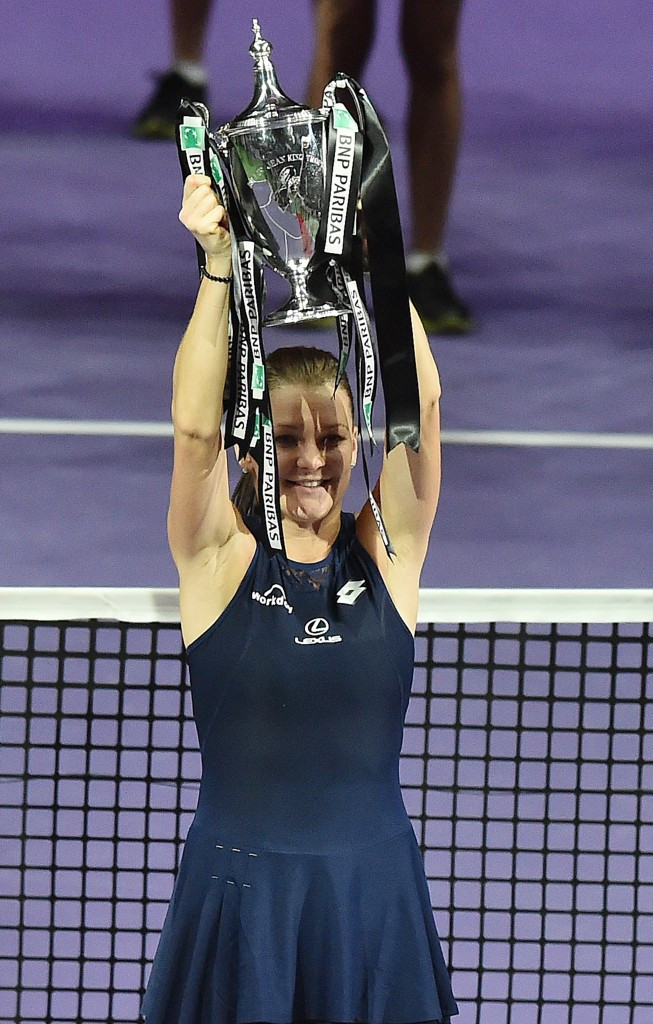 Poland's Agnieszka Radwańska battled to the biggest title of her career today as she saw off Petra Kvitová in three-sets to win the Women's Tennis Association (WTA) Finals in Singapore.

Her victory is a remarkable achievement as after this year's US Open in August, Radwańska found herself three spots adrift of qualifying for the season ending event, which issues invitations to the top eight ranked players in the world.

She was beaten in the third round at Flushing Meadows by American Madison Keys, but recovered to reach Singapore thanks to victories at both the Pan Pacific and Tianjin Opens.

"A few weeks ago I didn't even know I'd have a chance to be here, and there you go," said Radwańska.

"It's just an incredible day for me.

"It means everything and it couldn't be any better.

"I think that was the biggest day in my life."

Radwańska was playing in the tournament for the fifth year in a row and remarkably qualified for the semi-finals despite losing both of her opening two round-robin matches against Maria Sharapova and Flavia Pennetta.

She squeezed through on set difference after a win against Simona Halep and a favour from Sharapova against Pennetta, before beating Spain's Garbiñe Muguruza in three sets in the last four, 6-7, 6-3, 7-5.

Against Kvitová, who also made the semi-finals having won once and lost twice in the group stage, the Pole came out on fire to build a 6-2, 2-0 lead.

However, the twice Wimbledon champion battled back by winning eight out of the next ten games to clinch the second set, before an early break gave her a 2-0 lead in the decider.

Radwańska rallied again and after breaking back to get the score to 3-3, she pulled away to seal the title.

The champion conceded just five points to unforced errors in the entire match, compared to Kvitová, the 2011 winner, who gave up a whopping 53.

"In the important moments I was really doing the right things, I think," added Radwańska, whose biggest titles before today were at Premier Mandatory-level events in Beijing in 2011 and Miami in 2012.

The Pole takes over as WTA Finals champion from American world number one Serena Williams, who had won the last three editions but withdrew this year to recover from injury.

The top seeds, who won the Wimbledon and US Open titles this year, didn't drop a set in the entire tournament.