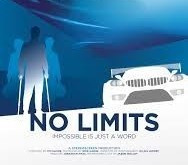 Alessandro Zanardi is the subject of a documentary titled “No Limits”, featuring his participation at the 24 Hours of Spa-Francorchamps and the International Cycling Union (UCI) Para-cycling World Championships.

The 49-year-old Italian claimed two Championship Auto Racing Teams (CART) racing titles during his career as a motor racing driver, in addition to enjoying spells in Formula One.

The Italian lost both legs after crash during an IndyCar race in Germany in 2001.

Zanardi later returned to compete in the World Touring Car Championship between 2003 and 2009, with his car using custom brake pedal which worked with his prosthetic legs.

Zanardi has also forged a career as a one the world’s elite Para-cyclists, claiming several marathon victories, as well as winning two Paralympic gold and one silver medal at London 2012 in the T4 handcycling class.

The film, due to be released on November 24, details Zanardi’s involvement in July's 24 Hours of Spa-Francorchamps alongside former Formula One driver Timo Glock of Germany and Canadian driver Bruno Spengler, who share their thoughts on his involvement in the race in the trailer.

“When I am sitting in the car, there are a lot of things that have to be perfect,” Zanardi says in the trailer for the film.

“It looks crazy, I understand, but we only live once and I am going to try.”

Additionally,  the film - which has the strap line "Impossible is just a word" -  covers Zanardi's bid to defend two titles at the Para-cycling World Championships, which took place in Nottwil, Switzerland, just four days after the conclusion of the 24 Hours of Spa-Francorchamps, where the trio placed 25th.

The Italian star replicated his performance in Notwill from the 2013 World Championship, claiming a hat-trick of titles, winning the H5 time trial and road race events, in addition to the mixed relay.

Zanardi is now targeting a repeat of the London 2012 Paralympic Games next year in Rio de Janeiro, where he will attempt to defend his two titles.