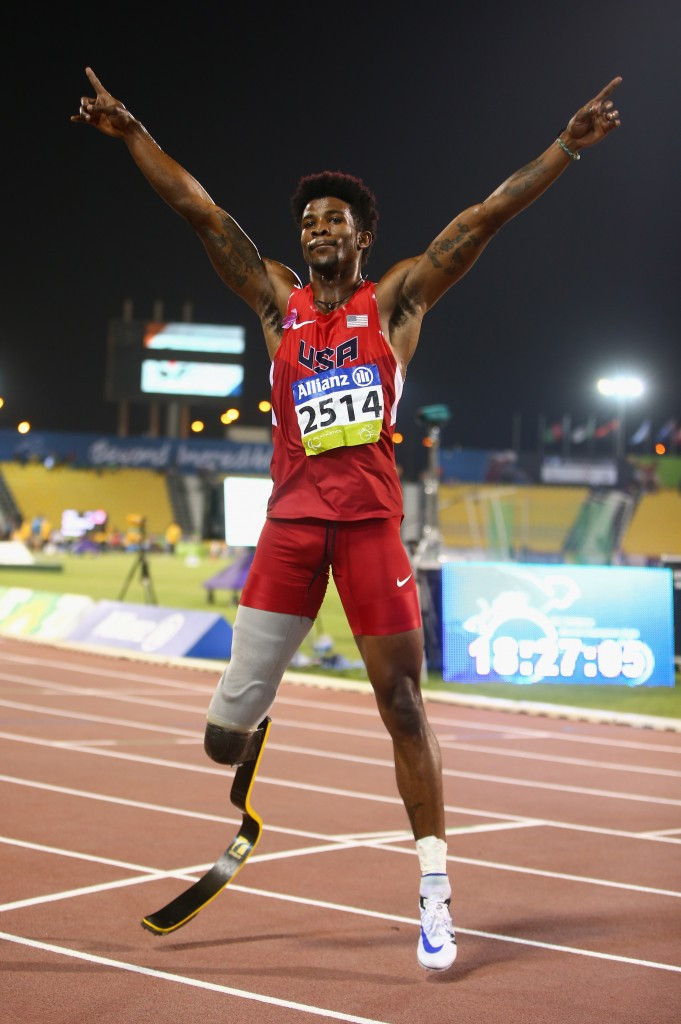 Richard Browne made it a memorable double at the International Paralympic Committee (IPC) Athletics World Championships in Doha by adding the men’s T44 100 metres title to his 200m gold in a world record time.

It was a second world record of the Championships for Browne, who ran 21.27 to win the 200m final on Sunday (October 25) which secured the London 2012 100m silver medallist his maiden world crown.

“I’m really happy to break the world record again and to be world champion," said Browne, holder of the world record for two years until August when his compatriot Jarryd Wallace clocked 10.71 at the Parapan American Games in Toronto.

"I actually wanted to go faster than what I did, I thought I had a bit of a slow start."

Before the Championships in Qatar's capital, the T44 100m was one of the most anticipated events but the race lost  some of its gloss as Britain's Jonnie Peacock, who beat fellow amputee runner Browne to gold in London, withdrew due to a sore on his leg.

Elsewhere on day eight of competition, the world record was also to go in the women's T44 100m thanks to Dutch star Marlou van Rhijn, who ran 12.80.

Silver went to Amelie-Marie Le Fur of France in 13.12 with Nyoshia Cain of Trinidad and Tobago collecting bronze in 13.31.

"I have been so looking forward to these Championships, and it is a massive stepping stone to Rio 2016.

"I would have liked to have started faster but I had loads of power left in the last bit and I was able to use it.”

In the women's T35 100m, cerebral palsy athlete Isis Holt of Australia was another world record breaker, with the 14-year-old clocking 13.63 to add gold to her 200m title.

This improved on the mark of 14.16 she set herself in Brisbane in March and was enough to beat Britain's Maria Lyle, who timed 13.92, to silver and fellow Australian Brianna Coop who managed 15.11 to bronze.

Another world record fell in the women's T38 200m final as three-time London 2012 champion Margarita Goncharova of Russia finished in 26.61.

Silver went to Britain's Sophie Hahn in 26.82 with the bronze going to Junfei Chen of China in 27.28.

In the heats for the T42 women's 100m, Italian Martina Caironi set a new world record of 15.01 while another record fell in the field thanks to China's T37 long jumper Guangxu Shang.

There was also a notable win in the women's T11 long jump for Brazil's Silvania Costa De Oliveira, who took gold with an effort of 5.04m after nearly not reaching Qatar.

“This is a really emotional moment for me right now, because I almost didn’t make it here," she said.

"I had trouble with my passport leaving Brazil, and only boarded the plane on the third try.

"I really wanted to break the world record, but I am really happy with my gold.”

Silver went to Lorena Spoladore Salvatini, another Brazilian, in 4.75m, while Viktoria Karlsson of Sweden took bronze in 4.44m.

Canadian wheelchair racer Brent Lakatos claimed his third gold medal of the Championships as he added the T53 800m title to his 100m and 200m successes.