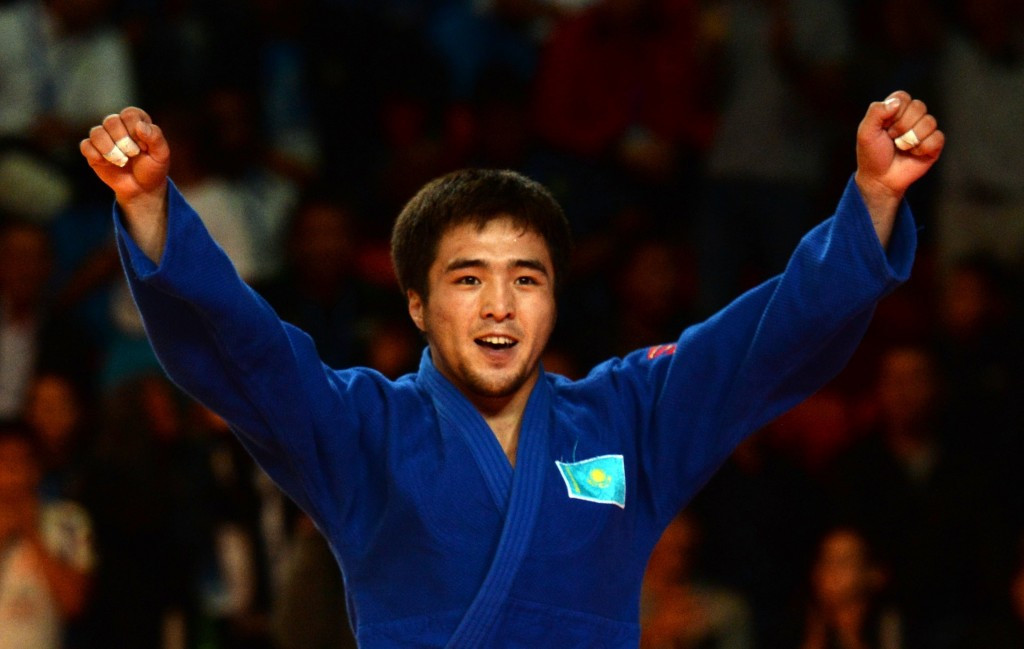 Newly crowned world champion Yeldos Smetov will return to the tatami for the first time since clinching his title at the International Judo Federation (IJF) Abu Dhabi Grand Slam.

The event in the United Arab Emirates' capital is due to begin tomorrow with Kazakhstan judoka Smetov set to be a main attraction on day one after capturing under 60 kilogram gold at his home World Championships in Astana in August.

He is seeded second for the event in Abu Dhabi but will be the man to watch in his weight category although number one ranked South Korean Kim Won Jin is sure to be a stern threat too, as is Mongolia's former world champion Ganbat Boldbaatar.

"I am training as usual every day, twice a day," said Boldbaatar.

"Now everything is working towards the Olympics.

"I was very happy to be the 2014 world champion and had the red backnumber for a year but unfortunately I was not strong enough this year.

In the women's field on day one, Majlinda Kelmendi of Kosovo will be looking to extend a remarkable run in Abu Dhabi, a city where she has not lost a single contest since her first appearance there in 2011.

The double world champion in the under 52kg division made a triumphant return from injury in the Lisbon European Open before winning the Paris Grand Slam earlier this month.

"I am happy with where I am at but not very happy," said Kelmendi.

"I will not be so until the time I achieve the place where I belong, which is to become world champion again and to gain the top position in the world rankings."

Meanwhile, Ukraine's Georgii Zantaraia has the incentive of becoming world number one if he can medal in the men's under 66kg category, which is also set to begin tomorrow.

Day one will also feature the women's under 48kg category, where Brazil's Olympic champion Sarah Menezes will be aiming for a change in fortunes having not won an IJF World Judo Tour medal since taking gold at the 2014 Tyumen Grand Slam, as well as the women's under 57kg class.

In the latter, Romania's world silver medallist and number one seed Corina Caprioriu heads the field.

A total of 88 countries are set to be represented at the Grand Slam, which runs until Sunday, with 300 male judokas and 189 female competing.

To watch the latest action on Judo TV click here.