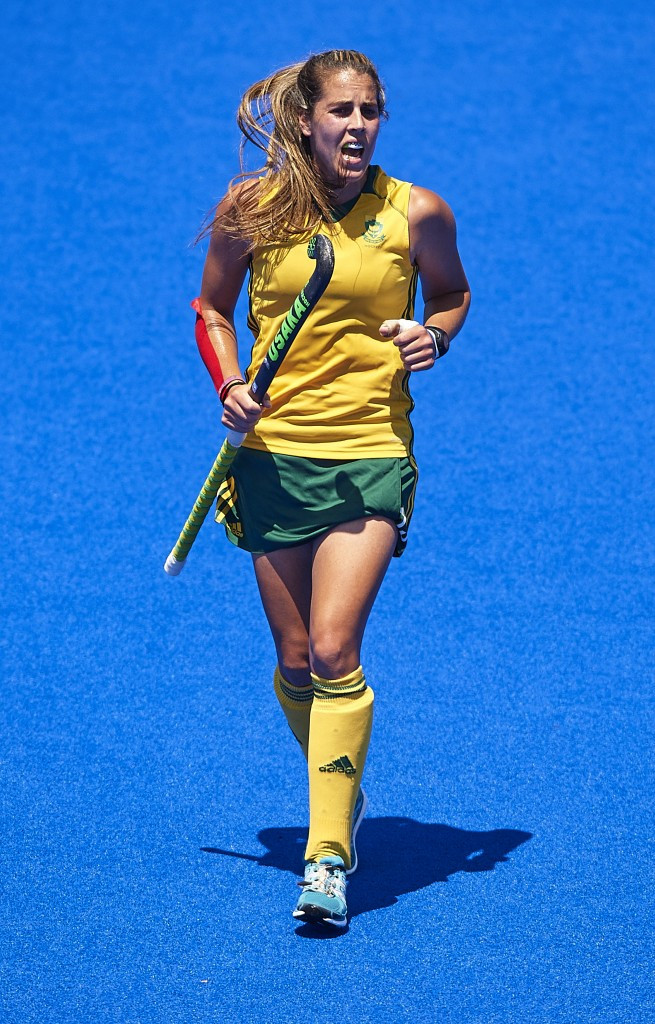 The women cruised past Nigeria 15-0 in their opening game of the tournament while the men managed to double that tally, thrashing Botswana 30-0.

Lilian du Plessis was the star attraction for the women's side as she bagged five of the goals in the big win over a Nigeria side who lost their opening game to Ghana yesterday, 2-1.

Jade Mayne helped herself to a hat-trick while Bernadette Coston and Toni Marks both doubled up.

Lisa Marie Deetlefts, Candice Manuel and Tanya Britz were also on target for the South Africans who look like they will take some stopping.

The men, meanwhile, recorded an incredible victory in Pool A which saw them score a goal every two minutes of the game.

They too look like heavy favourites for glory after they opened their account with a 16-0 win over Zimbabwe yesterday.

Elsewhere in the women's round-robin, Kenya made it two victories out of two as they saw off Moscow 1980 Olympic champions Zimbabwe 2-0.

Lilian Aura and Audrey Omaido were the goalscorers as the Kenyans backed up their win over Namibia yesterday, which came by the same scoreline.

Zimbabwe had thrashed Tanzania 9-0 to begin their campaign but now have a record of won one, lost one after two outings.

Ghana claimed a second win as they they beat Namibia, who have now lost both matches, 1-0.

In the men's competition Namibia, who beat Botswana 5-0 in their opening contest yesterday, lost by the same scoreline to Ghana who were playing their first match.

The winners of both tournaments will earn a spot at next summer's Rio Olympics.