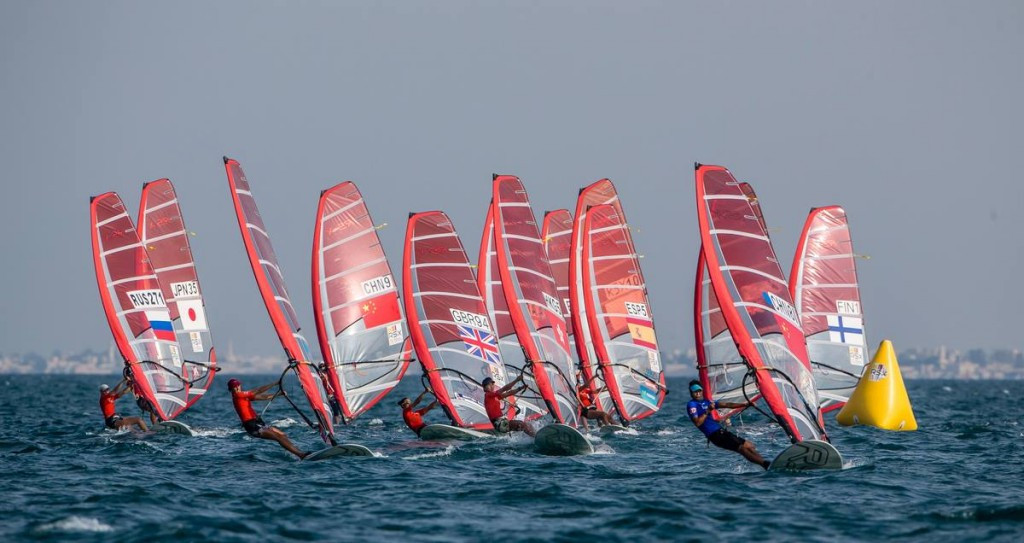 China’s Peina Chen is poised to secure the women’s title at the RS:X World Windsurfing Championships after building a commanding lead on the penultimate day of action in Mussanah, Oman.

Having dominated the opening two days of competition, Chen slipped to second place in the standings yesterday, behind Poland’s Malgorzata Bialecka after a seventh place finish had proved costly.

However, Bialecka endured a difficult sequence of races on the water today as despite coming fifth in the opening race, 25th and 17th place finishes in the last two races of the Finals series followed which has all but ended her hopes for gold.

While the 25th place was discarded, Bialecka was forced to add 17 points to her overall score following her lowly finish in the third race of the day and Chen took advantage of her rival’s problems by winning two races and ending as the runner-up in the other.

With just the medal race remaining tomorrow, featuring the top 10 ranked boats from the gold fleet, Chen has a near-insurmountable 22-point advantage over her Polish rival.

“It has been tough for everyone,” Chen said afterwards.

“Today the conditions were up and down and shifty and I feel very tired.

“I was happy with my performance though because I just focused on myself, and even if I had a relatively poor beat, I was able to gain places again downwind.”

Britain’s Bryony Shaw moved into third place in the standings, seven points adrift of Bialecka, after recording fourth and fifth place finishes in addition to claiming a race victory.

France’s Pierre Le Coq will face the challenge of Chinese duo Aichen Wang and Zhichao Zhang on the final day of the men’s event as they narrowed his lead to just three points following another three races in the gold fleet.

The Frenchman’s two sixth place and one eighth place finishes saw him move onto a total of 42 points and he admitted he struggled in the conditions in comparison to his rivals.

“The Chinese were on fire, particularly in the light winds, planing downwind at great speeds,” he said.

“I also did some good races but physically I found it very tough today.

“My plan is to not match race, I just want to go out there and sail my best.”