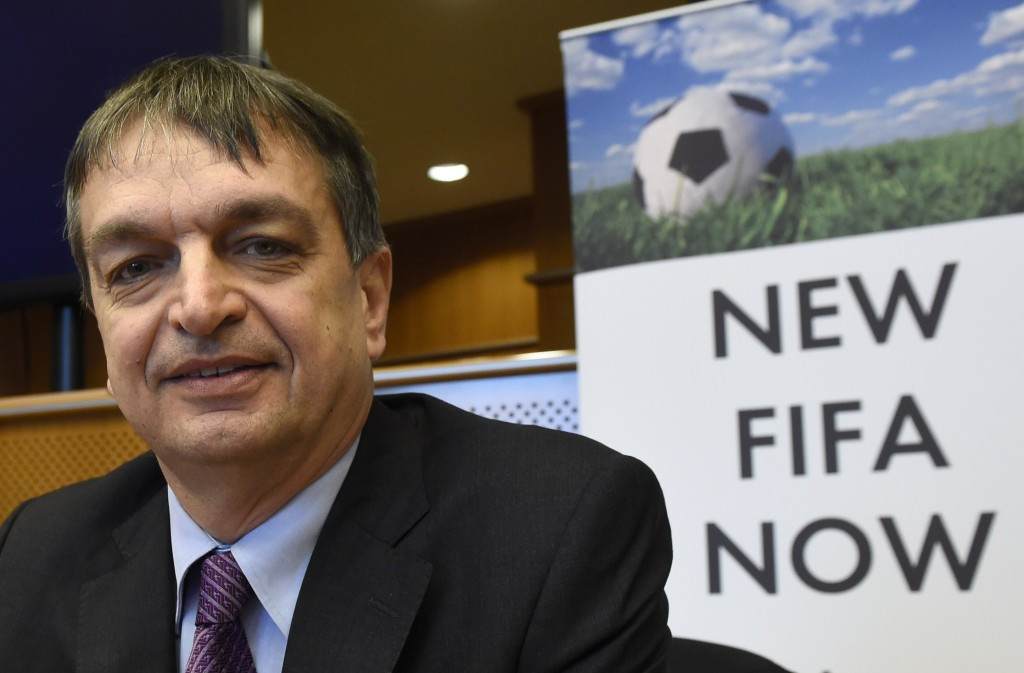 Jérôme Champagne has launched another bid to win the FIFA Presidency.

The Frenchman, a former Executive Committee member and deputy Secretary General at world football's governing body, has thrown his hat into the ring to replace the departing Sepp Blatter after claiming that the events of the last few months had "renewed his determination to be a candidate".

He had previously attempted to challenge Blatter at the last election in May, but didn't receive the five nominations required.

This time, however, he has submitted the backing of eight national associations as he bids to replace the Swiss.

"At a time when FIFA, our FIFA, needs more than ever an open debate about its future, its reform and the reform of football, we are witnessing the first months of the electoral campaign being dominated by controversy and deals made behind closed doors," said Champagne in a letter announcing his candidacy to FIFA's 209 member associations.

"At a time when football, our football, is suffering along with our planet and society from the increasing level of inequalities, we have to assert the need to better control the globalisation of our sport.

"We must continue the efforts to improve the spectacle of elite football and, at the same time, reduce the inequalities for the benefit of everyone."

Champagne said that turning around the "diminishing uncertainty of competition results" and assisting associations, leagues, clubs and players who are fighting technical and financial obstacles would be among the President's challenges.

He said that the eyes of the world are only on a "minority of football protagonists with the best players and the highest revenues" and claimed he would support clubs who prefer to groom young players into their squads rather than selling them.

Analysing the format of "complex" competitions and introducing new technologies to help referees is also part of Champagne's manifesto, as well as assisting football institutions in their efforts to become "modern entities".

He also proposes a shake-up of football's rules, including introducing an "orange card" which would be used for temporary sendings-off.

"Above all we need to save FIFA and its role of governance and redistribution, which is in danger at a time when they are needed the most," he said.

"We must also restore FIFA's credibility, and prepare it for the challenges of an ever evolving world.

"We must protect the World Cup as that moment of planetary communion during which the pride in our colours and friendship among people of the world are truly at the altar.

"We must preserve that vision of universality and solidarity in football which gives a chance to each one among us.

"Let us all take stock of these facts and act accordingly."

Champagne, who has submitted his candidacy before Monday's deadline, was forced out of FIFA in 2010 amid speculation that he was set to challenge Blatter for the Presidency.

He has also proposed live televised debates between candidates in his lengthy manifesto.

The 57-year-old is known to not be on the best terms with compatriot Michel Platini, who is also hoping to run in the Presidential election which is scheduled for February 26 in Zurich.

However, Platini is currently unable to stand after he was suspended by FIFA's Ethics Committee for 90 days, after a probe into a supposedly "disloyal" payment of CHF 2 million (£1.3 million/$2.1 million/€1.8 million) made to him by Blatter.

Blatter is also suspended, with investigators further suspecting him of a  "unfavourable contract" with the Caribbean Football Union.

The 79-year-old announced he would stand down as President in June, just three days after he was re-elected, as scandal enveloped the organisation following the arrest of top FIFA officials at their Zurich hotel and ongoing investigations in the United States and Switzerland.

Champagne will face Jordan's Prince Ali Bin Al Hussein, who was defeated by Blatter in the election earlier this year, in the Presidential race, as well as Trinidad & Tobago's David Nakhid.