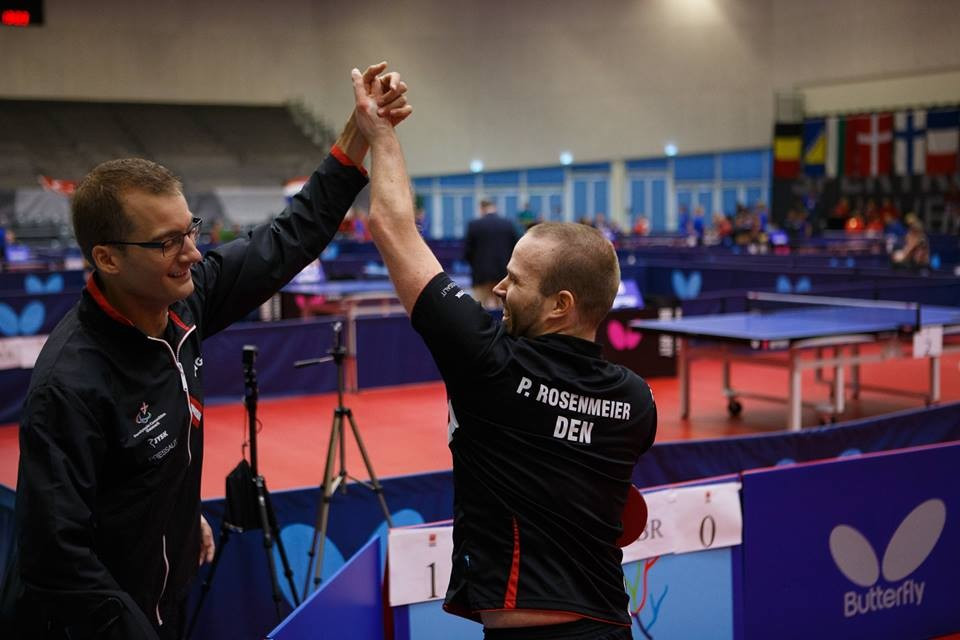 The Danish duo had begun the competition as second seeds in the event but upset the top-ranked Paul Karabardak and David Wetherill in the gold medal match with a stunning performance.

Having won the opening doubles match, the home favourites knew that they were only one victory away from gold and Rosenmeier duly delivered, overcoming Karabardak in the first singles tie to secure a 2-0 win.

“It’s the best feeling, from almost being out of the tournament yesterday, to winning the European Championship is fantastic,” Rosenmeier said afterwards.

“This is what we have been working on for over a year-and-a-half.”

Elsewhere, Belgium’s Ben Despineux and Laurens Devos claimed gold in the class 9 competition after finishing top of their group in a round robin format.

One of the most eagerly anticipated matches of the women’s team events pitted Sweden’s Anna-Carin Ahlquist and Ingela Lundbäck against Serbia's Borislava Peric-Rankovic, Nada Matic and Zorica Popadic in a repeat of the 2011 final in the class 4-5 event.

On that occasion,  the Serbian team had triumphed but Ahlquist and Lundbäck were able to earn revenge four years on, edging a narrow final 2-1.

Poland’s Natalia Partyka and Karolina Pek claimed gold in the women’s class 10 competition with a 2-0 triumph over Turkey’s Neslihan Kavas and Ümran Ertis, meaning they completed the event without having lost a singles or doubles tie.