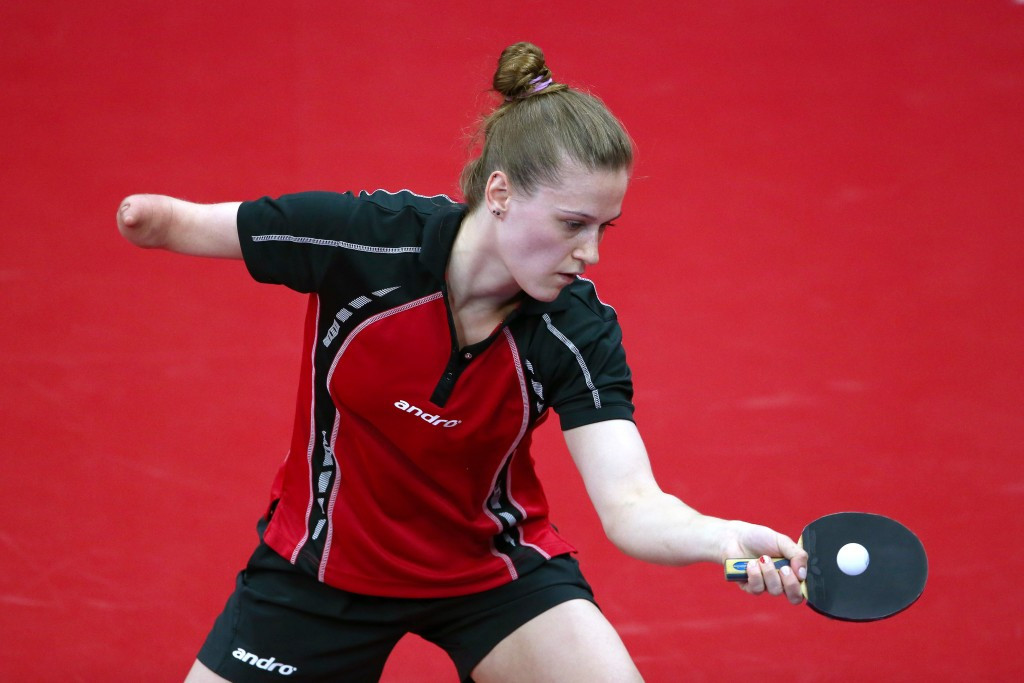 The duo were able to record a victory in both their doubles and the first singles match to wrap up a 2-0 victory over Hungary’s Zsofia Arloy and Bettina Bicsak, before repeating the feat in their second tie against Dutch pairing Kelly van Zon and Danielle de Jong.

It ensured they set-up a last four encounter with Russia’s Daria Saratova and Fatma Fattakhova, the runners-up in the second group behind Turkey’s Nesilhan Kavas and Ümran Ertis.

Serbia’s Borislava Peric-Rankovic and Nada Matic, gold medallists in the team class 1-3 at the 2011 Championships, remain on course to repeat that feat after they won their three group matches to reach the semi-finals.

The pair have been joined in the team by Zorica Popadic and, after opening the campaign with a 2-0 win over Germany’s Sandra Mikolaschek and Lisa Henting, they then overcame the British and Israeli teams by the same score.

A potential rematch of the 2011 gold medal match could be on the cards with Sweden’s Anna-Carin Ahlqhuist and Ingela Lundbäck having already booked their place in the last four of the competition.

In the men’s events, Britain’s Robert Davies and Tom Matthews, top seeds in the class 1 event, moved closer to defending their European title after they continued their unbeaten record.

The pair overcame Hungary’s Endre Major and Janos Kaiser 2-0 and know a win in their final match against Germany’s Holger Nikelis and Marcus Sieger will see them take gold.

“Germany tomorrow will be a really tough match so we’ve got to prepare for that in the same way as we’ve prepared for our other matches and just carry on doing what we’re doing.”

There could be further British success with Paul Karabardak and David Wetherill one win away from claiming the class 6 gold, while Will Bayley and Billy Shilton will win the class 7 event should they defeat Ukraine’s Maksym Nikolenko and Viktor Karp in the final.