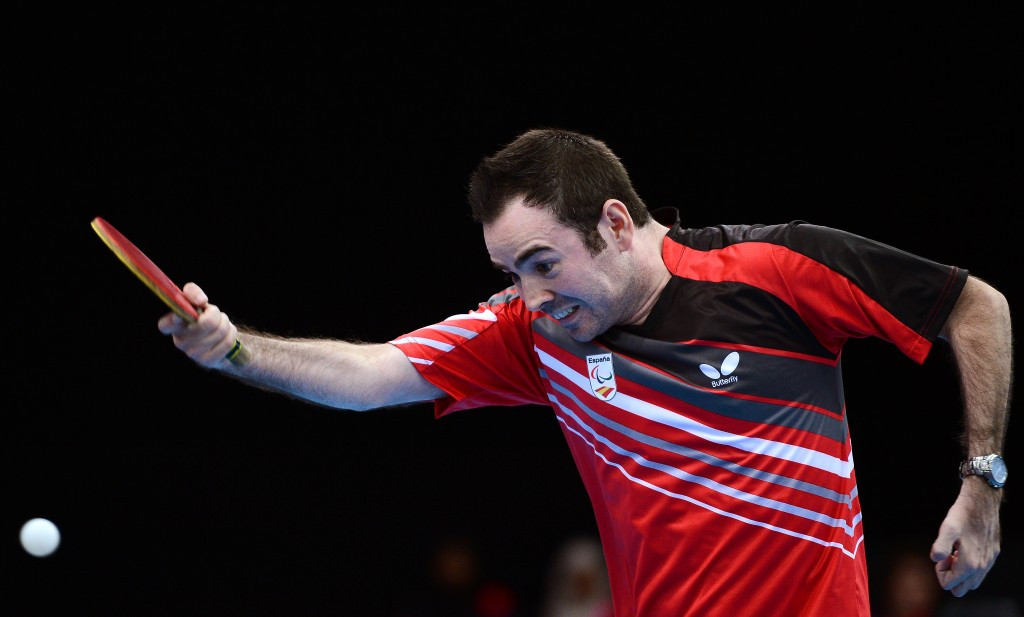 World number one Alvaro Valera of Spain silenced the partisan crowd inside the Spektrum Arena by claiming a thrilling five-game victory over home favourite Peter Rosenmeier to take men’s class six gold at the Para-Table Tennis European Championships in Velje.

“It was a really tough match,” the Spaniard, the Sydney 2000 Paralympic champion and two-times Paralympic silver medallist, said.

“The Danish player was very strong and was playing here at home.

“I just played a good match and took the title home.”

Britain’s Will Bayley had avenged his London 2012 gold medal match defeat to Jochen Wollmert by beating the German in the semi-finals but was also the victim of a surprise defeat as he lost 11-7, 11-7, 9-11, 11-7 to Jean-Paul Montanus in the class seven final.

Lucas Creange of France was unable to repeat his semi-final heroics, where he accounted for Hungarian Paralympic champion Peter Polas, as he suffered a straight games class 11 defeat at the hands of Florian Van Acker of Belgium.

In the women’s competition, Poland’s three-time Paralympic champion Natalia Partyka secured her spot at Rio 2016 as she cruised to the class 10 crown with a dominant 11-4, 11-2, 11-5 win over Denmark’s Sophie Walloe.