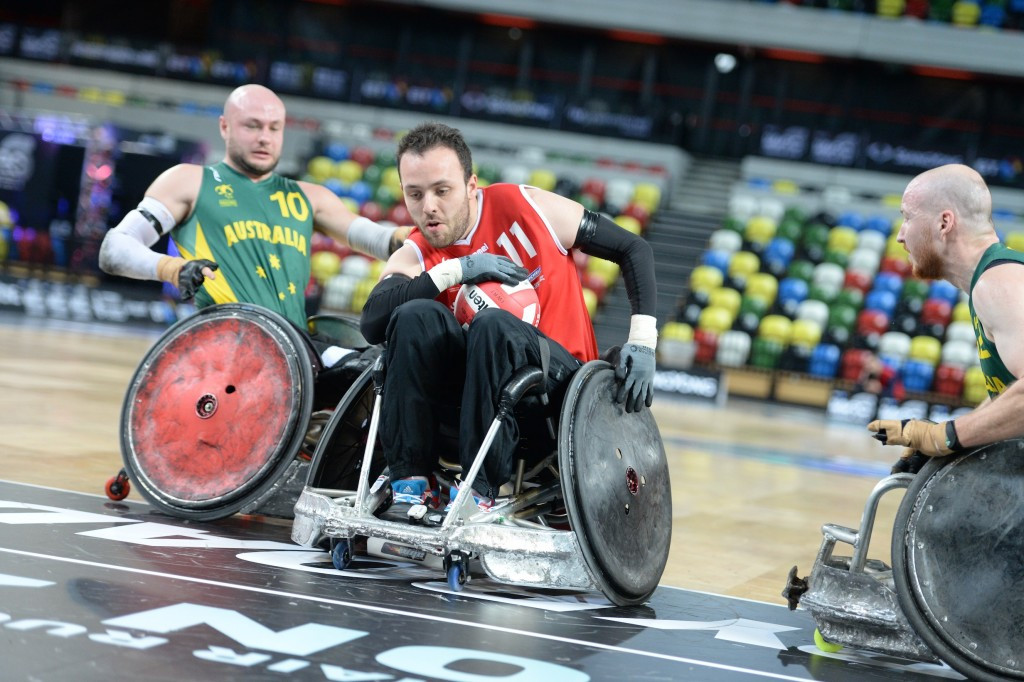 Paralympic champions Australia became the first country to book their place in the semi-finals of the BT World Wheelchair Rugby Challenge at the Copper Box Arena on the Queen Elizabeth Olympic Park in London today.

After two victories yesterday against Japan and hosts Great Britain, the number one ranked side in the world saw off France 66-56 to make it three wins out of three in Pool B.

Ryley Batt was in fine form for the Australians, scoring 16 tries in the opening quarter.

France then returned to action where they were once again beaten, this time going down 57-52 to Japan.

The result meant the evening clash between Japan and Great Britain became a winner-takes-all affair for the second semi-final spot behind the Australians, and it was the former who sent the host nation tumbling out with a 55-48 win.

In Pool A, Canada made it three wins out of three to win the group.

They thrashed South Africa 59-13 and confirmed their semi-final place when they beat New Zealand 55-34 in the later game.

A win for the Kiwis would have meant that three teams would finish the group stages with two wins and a defeat, with the United States having already finished their pool matches.

But their defeat means that the US have gone through to the semi-finals, where they will meet Australia.

Canada will take on Japan in the other last four clash.

South Africa, meanwhile, are out after losing all three of their games.

This is the first edition of the Wheelchair Rugby Challenge, which is being held at the London 2012 Paralympics venue.

It is being held to correspond with the Rugby World Cup, which is also currently ongoing in England.