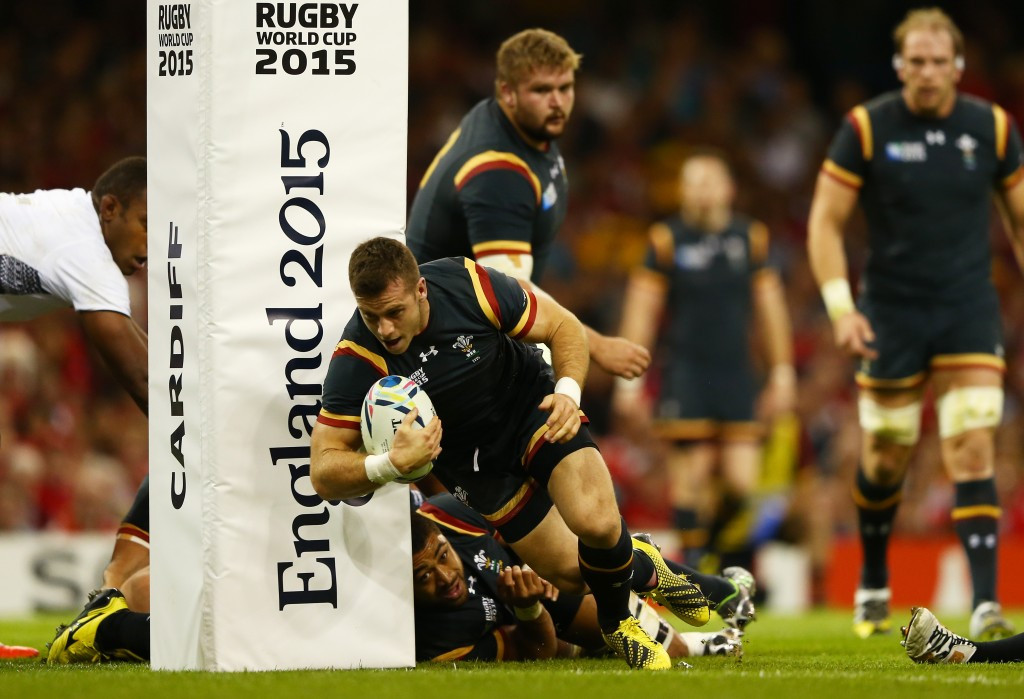 Wales took a giant stride towards the quarter-finals of the Rugby World Cup as they recorded their third straight win by beating Fiji 23-13 in Pool A in front of a raucous home crowd at the Millennium Stadium in Cardiff.

Following their heroic success over hosts England in a pulsating contest at Twickenham on Saturday (September 26) , expectation was high among the Welsh support and their team didn’t disappoint as tries from Gareth Davies and Scott Baldwin, coupled with 13 points from the boot of Dan Biggar, gave them a vital victory.

Having trailed 17-6 at the break, Fiji came out for the second half with renewed vigour and hauled themselves back into the contest when Vereniki Goneva’s stunning converted try, which rounded off a flowing move from the Pacific islanders, moved them to within four points.

But Wales were not ready to relinquish their grip on proceedings as Biggar continued to find his range, kicking two unanswered penalties to edge the Welsh closer to a much-needed triumph.

Ben Volavola wasn’t as composed as his compatriot with his kicking as he missed two easy penalties, which proved costly as the Fijians succumbed to their third consecutive defeat.

Despite sealing a win which moves Wales to the brink of the next round, they may rue the fact that they were unable to add a bonus point to their tally - something England managed against the same opponents in the opening game of the competition.

If Australia beat the hosts in a mouth-watering clash on Saturday (October 3), Wales’ place in the quarter-finals will be confirmed, although if England can secure victory, the Welsh will need to oust the Aussies in their final pool match to definitely progress.

Backed by partisan support inside the stadium, Wales managed to get over the winning line to further enhance their prospects of reaching the last eight in what turned out to be a fascinating encounter.

“Our priority today was to win, not the bonus point, and Australia didn't get a bonus point against Fiji," Wales captain Sam Warburton said.

"Credit to Fiji they played they like had nothing to lose.

"It was extremely tough but we've got three wins from three.

"If someone said that at the start of the tournament, we would have snapped their hand off."

In the other match to take place today, France picked up another bonus point win in Pool D as they thrashed Canada 41-18 in an end-to-end contest at stadium:mk in Milton Keynes, England.

DTH Van der Merwe and Aaron Carpenter replied for the unfancied Canadians but their efforts proved to be mere consolation points for their side as France surged to the top of the pool.