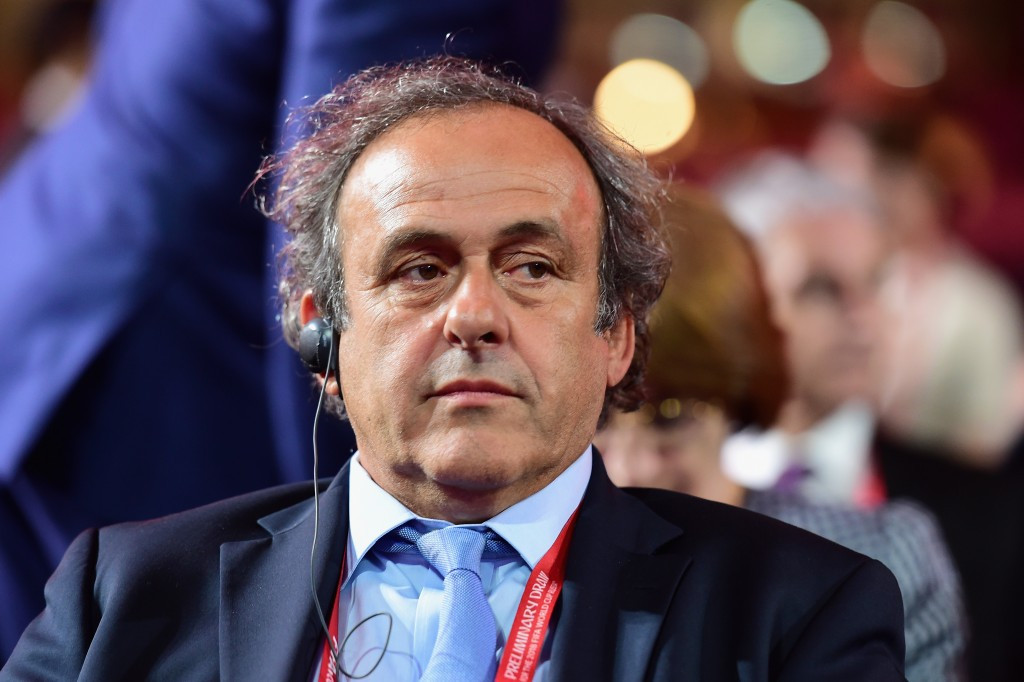 UEFA President Michel Platini has been further implicated in the corruption scandal surrounding FIFA after it was revealed he is being treated as "in between a witness and an accused person” by Swiss prosecutors investigating world football’s governing body.

Platini was considered the favourite to replace incumbent Sepp Blatter at an Extraordinary Elective Congress next year until criminal proceedings were opened against the 79-year-old Swiss for a “disloyal” payment - meaning one allegedly not in the interests of the governing body - of CHF 2 million (£1.3 million/$2.1 million/€1.8 million) made to the Frenchman in 2011.

It was claimed this money was given to the current UEFA chief for consultancy work he undertook for FIFA nine years ago, prompting questions and investigations as to why it took so long for the money to be paid.

The Frenchman, who had not been implicated in any of the corruption scandals involving world football’s governing body until now, has attempted to explain the payment, insisting the delay was caused because FIFA couldn’t afford to pay him his full salary.

“I received only part of the agreed salary between 1998 to 2002,” he told news agency Agence France-Presse.

“This occurred because at the time, FIFA informed me they would not be able to pay me the total agreed amount.

“Mr Blatter informed me when I started my role as his adviser that it was not initially possible to pay the totality of my salary because of FIFA’s financial situation at that time.

“I never doubted, however, that the remaining amount owed to me would be paid eventually, so I did not actively pursue it, before finally requesting that the outstanding balance was paid in 2011.

“The fact this payment was made a few months before the FIFA presidential elections is irrelevant since I never had any plans of becoming a candidate.”

Despite Platini's claims FIFA couldn't afford to pay him, a document on FIFA's website purports to show they had a financial surplus of £84 million ($128 million/€114 million) during the period in question.

Switzerland’s Attorney General Michael Lauber has also warned they would be prepared to launch a search of UEFA’s headquarters in Nyon, Switzerland, similar to those carried out at FIFA’s offices in Zurich.

Platini claimed criminal proceedings have not been opened against him, although Lauber's comments suggest he may yet be involved as the scandal in world football's governing body continues to show no signs of slowing down.

“I will do anything - if I can do something - to clear up what’s the real truth and if I have enough elements to go there I could not exclude that I also have to go there,” he said.

“We didn’t audition Mr Platini as a witness, we investigated against him in between as a witness and an accused person.”

Both men face possible suspension by FIFA's own ethics committee, which is also investigating, with Blatter further accused by the Attorney General of signing an "unfavourable" contract with the Caribbean Football Union in 2005 - which was headed at the time by another accused official in Jack Warner, who was banned from football for life yesterday.

Blatter and Platini both deny any wrongdoing with the former releasing a statement through his lawyer Lorenz Erni.

The names of both men had been noticeably absent in connection with a tumultuous period for FIFA, which has included the indictment of officials on charges such as racketeering, money laundering and wire fraud.

There have also been calls for Blatter, FIFA President since 1998, to step down before February’s Extraordinary Elective Congress due to recent developments.

But the Swiss has remained defiant, insisting he will remain in his position despite the accusations against him.