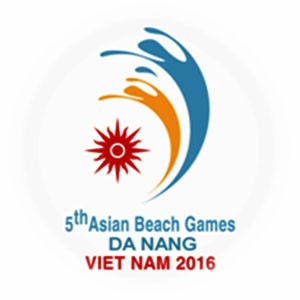 Organisers of the 2016 Asian Beach Games in Danang have held a ceremony to mark one-year-to-go until the event is set to begin in the Vietnamese city.

The celebration involved the unveiling of a countdown clock at Ngo Quyen Street and Pham Van Dong Street, which features the Games logos and displays the number of days, hours, minutes and seconds left until the fifth edition of the Asian Beach Games gets underway.

The ceremony also marked the start of a series of activities to promote the event, with the vice chairman of Danang City People’s Committee, Dang Viet Dung, reiterating calls that “the city would exert every effort to meet the requirements of the Olympic Council of Asia (OCA) for the overall success of the Games”.

However, the OCA were warned at a recent meeting of its Executive Board that preparations for next year’s Asian Beach Games are behind schedule.

OCA honorary life vice-president Wei Jizhong claimed they were well behind where they would expect to be with a year to go, and he told insidethegames how no written budget has been drawn-up and no detailed timelines for further improvement have been made.

A Coordination Commission visit, due to take place in the first week of October, will now be key for the OCA to assess how critical the situation really is.

The 2016 Asian Beach Games will include 14 sports and will see around 5,000 athletes and officials from the various National Olympic Committees in the continent descend on Danang.

Vietnam 2016 is due to take place from September 24 to October 3 next year, shortly after the end of the Rio 2016 Olympics, and will mark the third multi-sports Asian-level competition in the nation following the 2003 Southeast Asian Games and the 2009 Asian Indoor and Martial Arts Games.