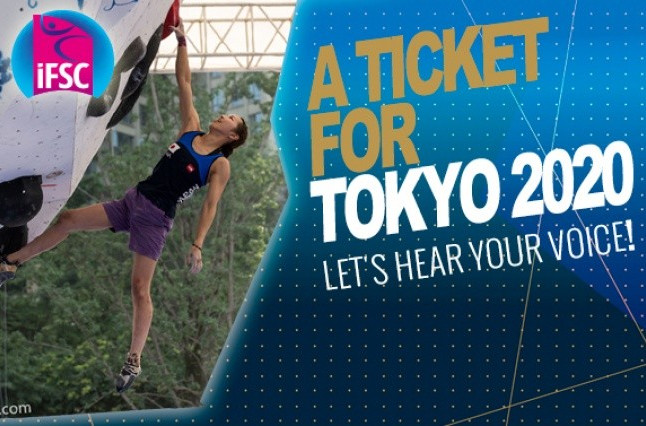 Climbing, arguably the surprise inclusion in the list of five new sports recommended for the Tokyo 2020 Olympic Games by organisers, has vowed to "reinforce and improve" the running of the sport to best boost its bid.

The sport joined baseball and softball, karate, skateboarding and surfing in being proposed yesterday, and will now be subject to further consideration by the International Olympic Committee (IOC) ahead of a final decision due at next summer's IOC Session in Rio de Janeiro.

Being recommended illustrates the "tremendous growth" of the sport in recent years, officials from the International Federation of Sport Climbing (IFSC) have said, claiming that there are now 35 million climbers around the world in comparison with 25 million in 2013.

Fifty per cent of these are reportedly under 25-years of age.

“It is a great honour to have been chosen," said IFSC President Marco Scolaris.

"We thank the Tokyo 2020 Additional Event Programme Panel for this fantastic opportunity and the recognition within the Olympic Movement.

"Of course, there is still a long way to go, and all of us at the IFSC are deeply committed to meeting the challenges ahead.

"Together with our athletes and the National Federations, we are reaching new heights."

The IFSC is now "fully dedicated" to further improvement, and will "continue to work with the athletes and the National Federations to reinforce and improve its organisation to prove the solidity of this choice".

Similar enthusiasm was conveyed by the Japanese Mountaineering Association, whose President Yagihara Kunio has said that “now more than ever, we are convinced that sport climbing would be the perfect complement to the Tokyo 2020 Olympic Games programme".

He added: "It would be a source of inspiration to the 500,000 Japanese climbers and all the spectators who will discover this sport in real conditions."

But. like other sports recommended, there are still some challenges to address, including a split between the IFSC and the rival International Mountaineering and Climbing Federation (UIAA).

The two groups, which are both members of the Association of IOC Recognised International Sport Federations, split in 2007.

While the IFSC is largely responsible for the competitive side of the sport, having organised the climbing exhibition event during the Youth Olympic Games in Nanjing last summer, the UIAA still enjoys significant grassroots support.

It also retains control of ice climbing, a winter discipline showcased during the Sochi 2014 Winter Olympics which they hope will one day be added to the full Games-programme.