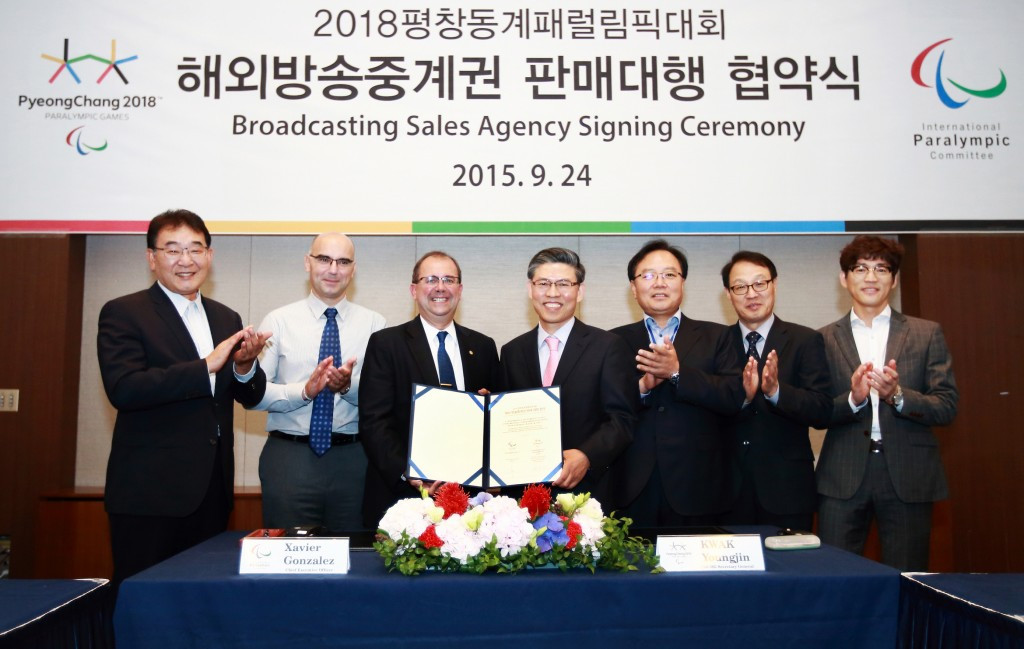 The International Paralympic Committee (IPC) will exclusively sell international broadcasting rights for the 2018 Winter Paralympic Games in Pyeongchang, it has been announced here today.

The partnership means the Organising Committee of the Games, which run from March 9 to 18, has handed over the responsibility of negotiating and promoting the broadcasting agreement for the event to Paralympic sport’s worldwide governing body.

It follows similar deals signed ahead of Sochi 2014 and Rio 2016 in the hope that the Paralympic Games will continue to attract vast interest from global broadcasters.

Around 2.1 billion people across 55 countries tuned in to Sochi 2014, which marked a vast improvement on the 1.6 billion who watched Vancouver 2010.

In a further boost to Paralympic sport, IPC President Sir Philip Craven is expecting the Rio 2016 Games to break all broadcasting records, with the event in the Brazilian city set to be watched by a cumulative audience of four billion.

“We are delighted to have reached an agreement with Pyeongchang 2018 for the IPC to act as the exclusive international sales agent for the next Paralympic Winter Games,” IPC chief executive Xavier Gonzalez said.

“Through the IPC taking on a similar role for the 2014 and 2016 Games, we have not only built loyalty with rights holders but continuity with TV viewers who are able to see more hours of Paralympic sport coverage than ever before.

“We aim to build on this success for future editions of the Games and are confident we can increase the number of international rights holders covering the Paralympic Winter Games in 2018.”

As part of the agreement between the IPC and the International Olympic Committee, Organising Committees for each Olympic and Paralympic Games are held responsible for selling the broadcasting rights for the event.

The IPC will aim to “create long-lasting relationships with broadcasters that will ensure viewers have a greater knowledge and engagement of Paralympic sport in years to come”, and the deal has been praised by Pyeongchang 2018 President Cho Yang-ho.

“International broadcast rights sales is crucial for the success of the Pyeongchang 2018 Paralympic Winter Games as well as the sustainable development of the Paralympic Games as a whole,” he said.

“With today’s agreement, more global viewers will be able to witness and share unforgettable and historic moments of Paralympic athletes achieving their challenges through sports.”