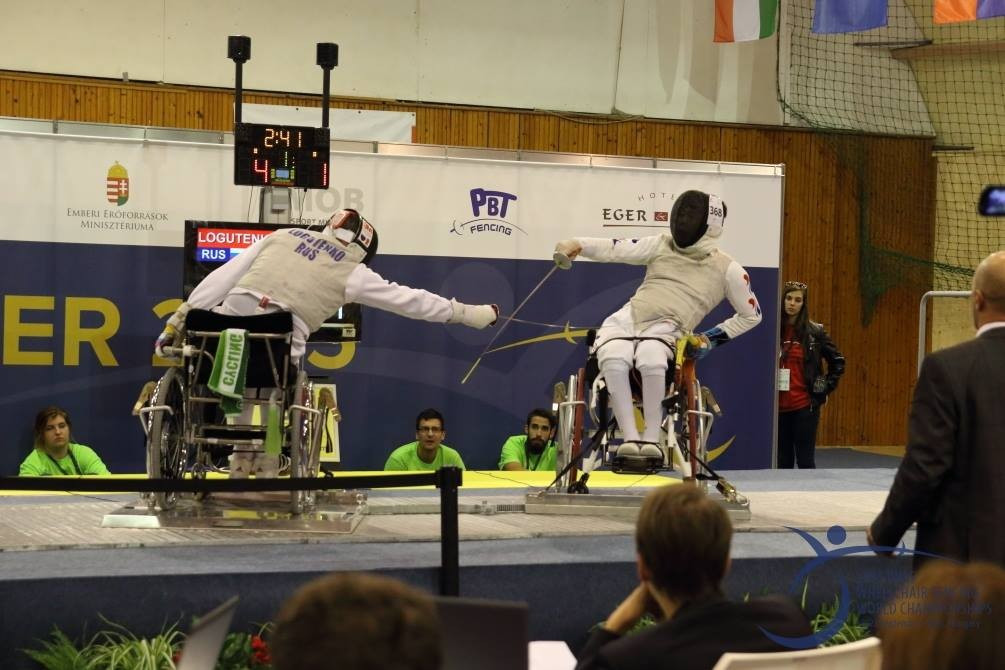 Russia enjoyed a golden double on a day of individual foil action at the International Wheelchair and Amputee Sports Federation (IWAS) Wheelchair Fencing World Championships in Eger, with Alexander Lugotenko and Ksenia Ovsyannikova claiming the corresponding male and female titles.

Lugotenko, a multi-event star who has already taken epee gold in the Hungarian city, capitalised on a surprise loss suffered by his compatriot Sergey Barinov against Italy's William Russo at the quarter-final stage of the category C division for athletes with a disability in all four limbs

Without his main rival to worry about, he was dominant thereafter, dropping just 13 points during the entire knockout phase before an emphatic 15-3 victory over Park Chunhee of South Korea in the final.

Russo and Curtis Lovejoy of the US shared the two bronze medals.

It marked a second successive victory for Lugotenko in an event which is still not on the Paralympic programme.

His compatriot Ovsyannikova was similarly dominant in the corresponding women's event, winning an all-Russian final against Anne Gladinia.

Gladinia had been unstoppable until that point, conceding just one point as she beat Georgia’s Diana Jishiashvili.

But she was unable to continue that level in the final as she slipped to a 15-5 defeat.

Elsewhere, there was gold for France in the men's team sabre competition after a 45-29 victory over Poland.

Damien Tokatlian, Ludovic Lemoine and Maxime Valet landed five hits in each of their bouts as the Poles were unable to match a level which had seen them edge Russia 45-43 in the semi-finals.

But there were no surprises in the women’s sabre team event as an all-star Ukrainian team featuring Natalia Morkvych, Yevheniia Breus and Tetiana Pozdniak - ranked world number one and two in the category A discipline and number one in the category B, respectively - inflicted another final defeat on Poland.

Action will continue in Hungary tomorrow with team events in the men’s epee and women’s foil events.