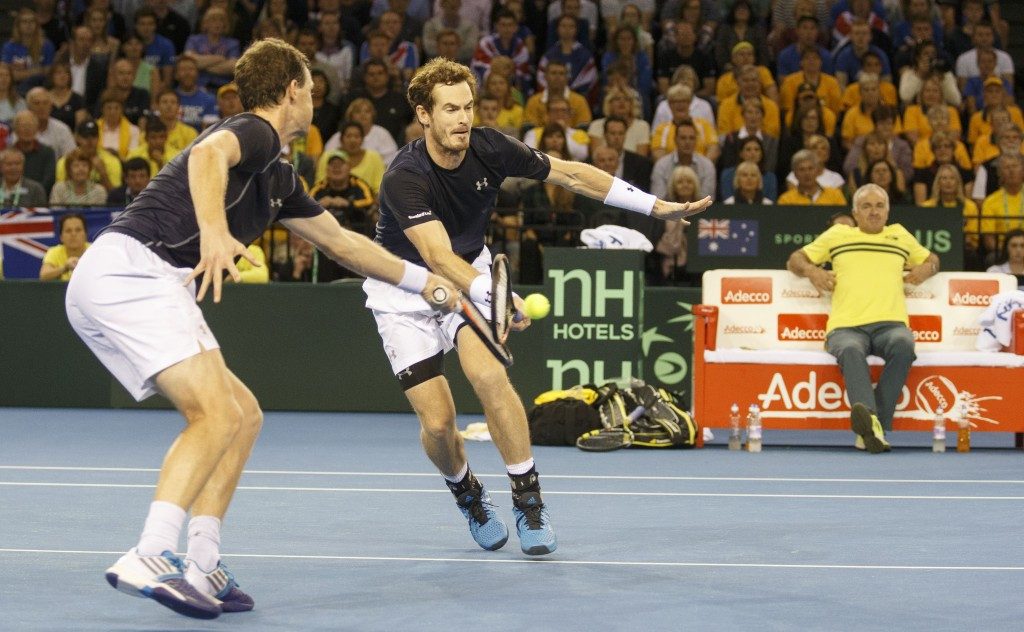 Great Britain moved a step closer to their first Davis Cup final since 1978 as brothers Andy and Jamie Murray won a thrilling doubles clash against Australia to put their country 2-1 up in the tie.

The Scottish pair delighted a home crowd in Glasgow by coming through 4-6, 6-3, 6-4, 6-7, 6-4 against Lleyton Hewitt and Sam Groth to leave Britain needing just one victory in the remaining singles rubbers tomorrow to advance from the semi-finals.

World number three Andy Murray is due to take on Bernard Tomic with Dan Evans set to clash with Thanasi Kokkinakis.

The other World Group semi-final between Belgium and Argentina is also delicately poised with the latter winning the doubles today to move 2-1 in front.

In the World Group play-offs, The Netherlands claimed a stunning win to keep themselves alive against Switzerland.

Matwe Middelkoop and Thiemo De Bakker were second favourites against Swiss legend Roger Federer and Marco Chiudinelli but came from behind to win in five sets, 7-6, 4-6, 4-6, 6-4, 6-1 and now trail 2-1 overall.

In other play-offs, the United States lead Uzbekistan 2-1 and Italy and the Czech Republic are also ahead by the same scoreline against Russia and India respectively.

Poland also have a 2-1 lead, against Slovakia, while Croatia lead Brazil by the same margin and Germany have the same lead against Dominican Republic.