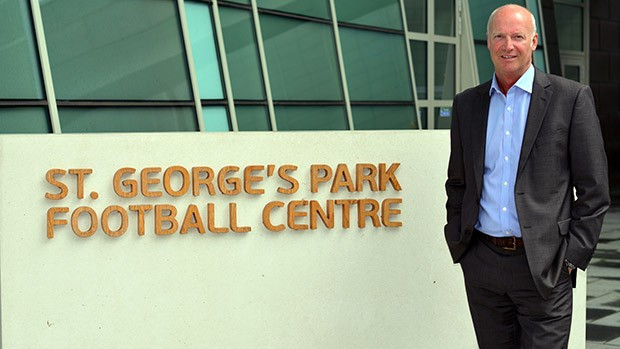 Chris Earle, the former director of sport at the Aspire Academy in Qatar, has begun his new role as the English Football Association’s (FA) Head of Education where he will aim to increase standards of football coaching throughout the country.

Earle will be based at St George's Park, the National Football Centre near Burton, and has been tasked with heading the FA’s coach education and professional development programmes to ensure that there is a higher number of qualified and well-skilled coaches remaining active in the game.

The former director of sport at Loughborough University expressed his excitement at joining the FA and confirmed his desire to transform the organisation's education programmes into ones which are admired worldwide.

“I want FA Education to be seen as the reference point for other national associations across the world," he said.

“We need to support and prepare coaches who can identify, develop and maximise our talented and elite players.

“But there are huge challenges ahead for us, we need more coaches to inspire and engage young people and to pass on to others a lifelong love of football.”

Three of the key challenges Earle will have to address were identified in FA Chairman Greg Dyke's England Commission report into England coaching, which found that there were too few qualified coaches, particularly at higher levels of qualification, in the country.

Additionally it was discovered that there was a lack of ongoing support and mentoring for coaches, while the report also suggested that coach education and coach development needed to be joined up, with the hope that better coaches would help to improve the quality of players in the future.

The commission was completed by Dario Gradi, Ritchie Humphreys and Howard Wilkinson who began work in October 2013, with the report released in May 2014.

“The FA Chairman’s England Commission has provided a clear brief and mandate to make the changes required to deliver excellence at all levels of football, from grassroots to international level," Earle said.

“It is critical that we work closely with County FAs, the Premier League and other key stakeholders to ensure that we achieve our ambitious targets.”