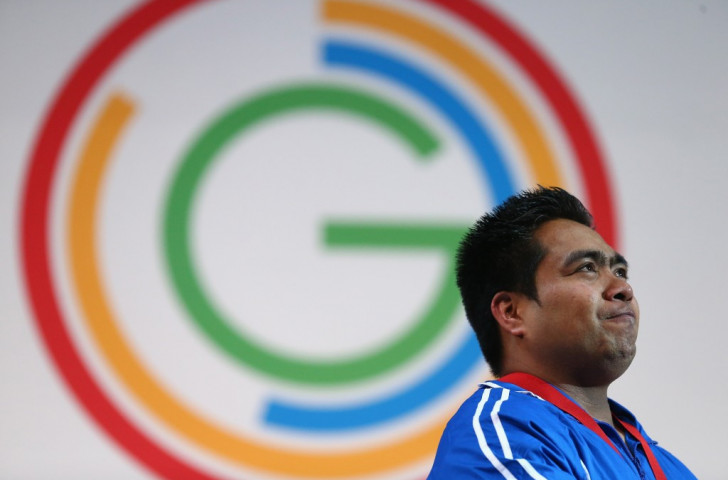 Kiribati’s first-ever Commonwealth Games gold medallist David Katoatau has issued a desperate plea for countries to help save the small nation, claiming that everyone on the Pacific island will “drown in the not too distant future”.

In a bid to raise awareness of the climate change problem which threatens to plunge Kiribati into extinction, Commonwealth Weightlifting Federation secretary general and well-known coach Paul Coffa sent out a leaflet on behalf of Katoatau, who claimed the men's 105 kilograms title at Glasgow 2014 to etch his name into the history books, detailing the severe issues the nation is facing.

The leaflet, entitled "Save Our Country," was distributed to the Commonwealth Games Federation as well as various countries in the region.

The 31-year-old, gold medallist at the Pacific Games and who competed for his country at the Beijing 2008 Olympic Games, was responding to a report by broadcasting giant CNN, which said the nation would be “wiped off the face of the earth in 30 years”.

“As a sporting representative of my country, I am begging you to save us,” he wrote.

“Every day our people fear for their lives as their homes are lost to rising sea levels.

“The simple truth is that we don’t have the resources to save ourselves.

“Open your eyes and look to the other low-lying level islands around the Pacific - they will soon fall with us.”

Australian Coffa, who steered the Kiribati athlete to gold at Glasgow 2014 and continues to act as his coach, says his motive behind releasing the leaflet was to aid the weightlifter, whose rise to Commonwealth Games was one of his proudest achievements, in his bid to raise awareness of the problem.

“I just wanted to help him out and hopefully this will encourage other athletes to do the same,” he told insidethegames here.

“He spent his own money on building a house for his parents which got washed away and people need to know about these type of things happening.”

Kiribati, which has a population of just over 100,000 people, is comprised of 33 atolls and reef islands and is particularly susceptible to flooding due to rising sea levels.

It suffered substantial flooding as a result of tropical storm Cyclone Pam, regarded as the worst natural disaster to hit Vanuatu and which killed a reported 15 people in March.

The country is one of a number of areas in danger of extinction in the region along with Marshall Islands, Tuvalu and Vanuatu and Katoatau, whose lift at Glasgow was one of the most memorable moments of the  hopes he can help spread his message to help his country, appealing to the world to “see what is happening to Kiribati”.

“We have nothing but ocean and flat land surrounding us - we have nowhere to climb and nowhere to run to,” he added.

“The schools I have visited in Kiribati and the thousands of children I have met aspire to be something great.

“How do I lie to them and tell them it is possible when our nation is disappearing?

“I beg the countries of the world to see what is happening to Kiribati.”