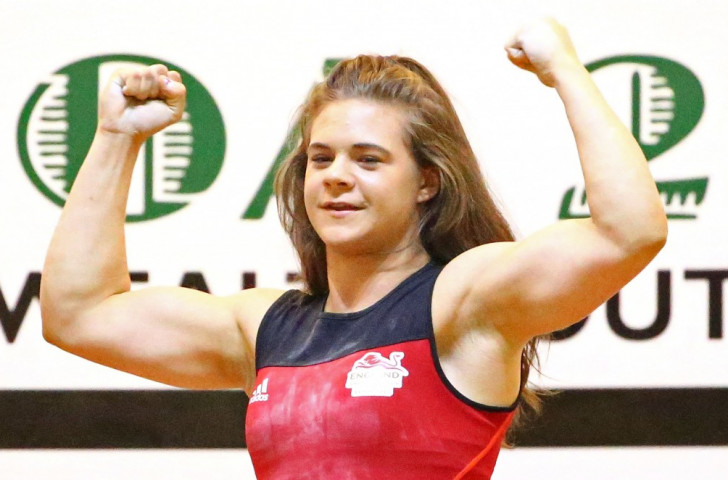 Rebekah Tiler of England's stunning clean and jerk of 122 kilograms guided her to Commonwealth Youth Games weightlifting glory in the girl’s 69kg category on the third day of competition in the Samoan capital.

The 16-year-old, who competed for her country at last year's Commonwealth Games in Glasgow and carried England's flag at the Opening Ceremony on Friday (September 5), lifted a total of 211kg to take gold in commanding fashion, nearly 50kg ahead of nearest challenger Eileen Cikamatana of Fiji.

Cikamatana managed a combined snatch and clean and jerk score of 164kg, while Fijian compatriot Maraia Moana’s 162kg was enough to earn bronze.

The day belonged again to Tiler, however, whose clean and jerk lift was just two kilograms shy of the British record as she continues to show why she is hotly-tipped for future success at Commonwealth and Olympic level.

In fact, her combined total would have seen her finish just outside of the top ten at the 2012 Olympic Games, 11kg short of the effort registered by 10th-placed Tunisian Ghada Hassine.

Fiji’s Cikamatana did manage to top the podium as she won the 63kg event, held alongside the 69kg competition due to a lack of entries, with a total of 164kg.

It was to get even better for the African country, however, as Ahmed Njoya reigned supreme in the boy’s 77kg weight category, lifting 117kg in the snatch and 155kg in the clean and jerk to give him a resounding victory thanks to a total of 272kg.

Pakistan’s Abdur Rahman picked up his country's first podium finish of Samoa 2015 so far, clinching silver with 242kg, while Don Opeloge delighted the home supporters inside the venue as he sealed bronze.

Weightlifting action at this year’s Commonwealth Youth Games is due to continue tomorrow with the girl’s over 69kg and boy’s 85kg and 94kg competitions, which will be held together.