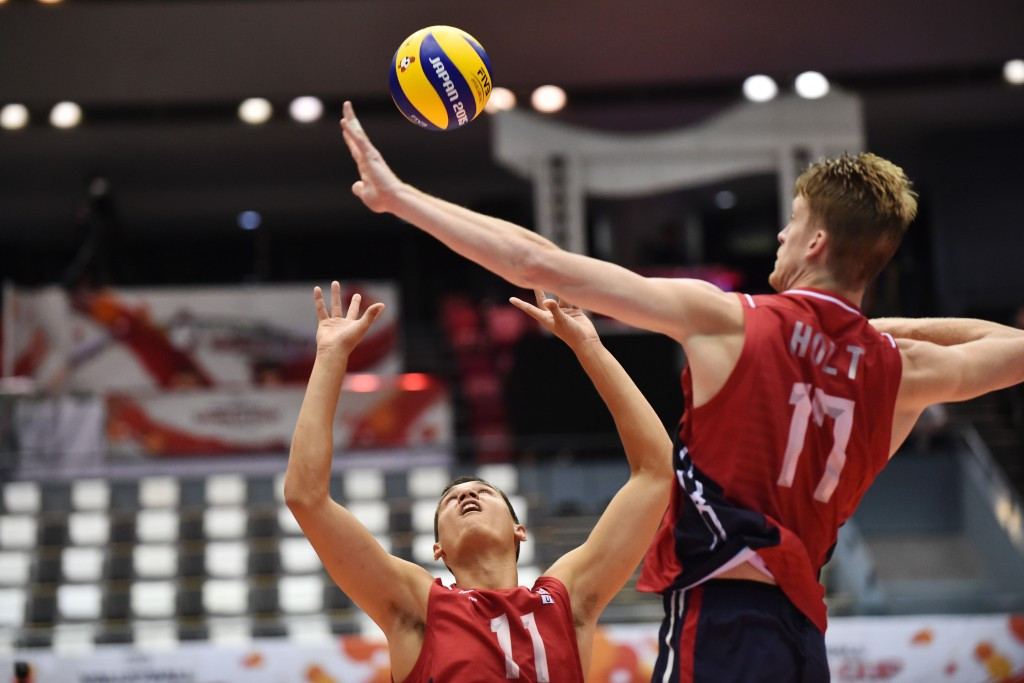 The United States are the early leaders after the opening day of the International Volleyball Federation (FIVB) Men's World Cup in Japan.

Elsewhere, there were also victories in Hiroshima for Italy and hosts Japan who saw off Canada and Egypt respectively.

Canada got themselves back into the match by taking set three 25-22, but Italy were not to be denied as they closed out the match with a crushing 25-13 win in set four.

In a topsy-turvy encounter, the Japanese took the first set 25-19 before Egypt levelled the contest, shading the second 25-23.

The hosts moved back in front with a 25-18 win in set three but Egypt struck straight back again by taking the fourth 25-17.

In the fifth, it was Japan who held their nerve to win the decider 15-7.

Japan is due to host more games tomorrow as the race for World Cup glory continues.

The Japan versus US game will no doubt be a poignant occasion for some, with Hiroshima being one of two cities targeted with an atomic bomb by American forces during the Second World War.

Hamamatsu will host games between Venezuela and Argentina, Tunisia and Iran and Poland and Russia.

The top two teams in the tournament will qualify for next summer's Olympics in Rio.

Japan has just finished hosting the World Women's Championships, which were won by China.