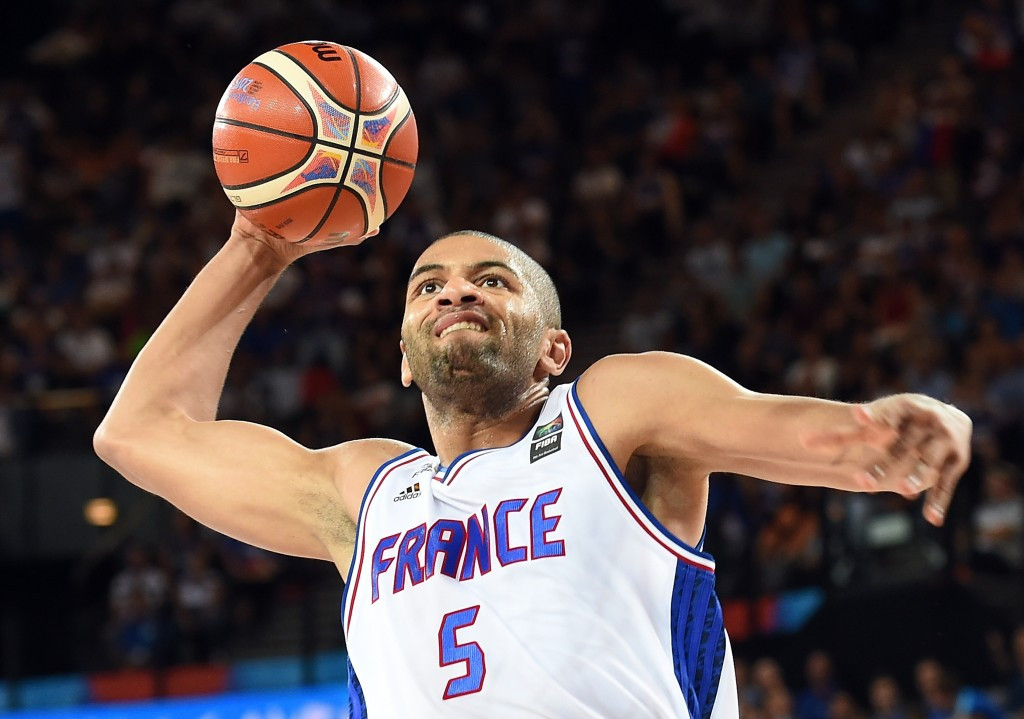 Group A hosts France made it three wins out of three at EuroBasket 2015 as they edged past Poland 69-66 in Montpellier to remain on top of the pile.

Four-time NBA champion Tony Parker, who plays for San Antonio Spurs, led the way for the French with 16 points in a contest which was level at 14-14 after the opening quarter.

In doing so, Parker reached 1,032 points in his EuroBasket career, becoming the top points scorer in the history of the competition.

France pulled ahead by winning the second quarter 16-12 and with four countries from the six team group progressing to the knock-out stage, they are already assured of a place in the next round.

Elsewhere in the group, Bosnia and Herzegovina claimed their first win of the tournament as they beat an Israel side who had previously won their first two games.

They needed over-time to do it though, eventually coming through for an 86-84 victory after a 75-75 draw following the initial four quarters.

The Bosnians mounted an impressive comeback to win, as Israel opened up a more than handy 29-16 lead after the first quarter.

Bosnia have moved up to fifth in the group, while Israel remain second.

In the group's other game, Finland claimed their first win with an 81-79 success over a Russia side who are rock bottom having lost all three matches.

The Finns have climbed to fourth position, one place behind Poland.

Group D, which is being hosted in the Latvian capital Riga, also saw action today with the home side enjoying a 72-65 win over the Czech Republic.

Meanwhile, Belgium beat Lithuania 76-74 and there was a first success for Estonia who saw off winless Ukraine 78-71.

The group now has a congested feel with the top four countries all boasting two wins and a defeat from three matches.

Czech Republic lead the way ahead of Belgium, Lithuania and Latvia with points difference separating the sides.

EuroBasket is due to continue tomorrow with Group B and C action tomorrow.