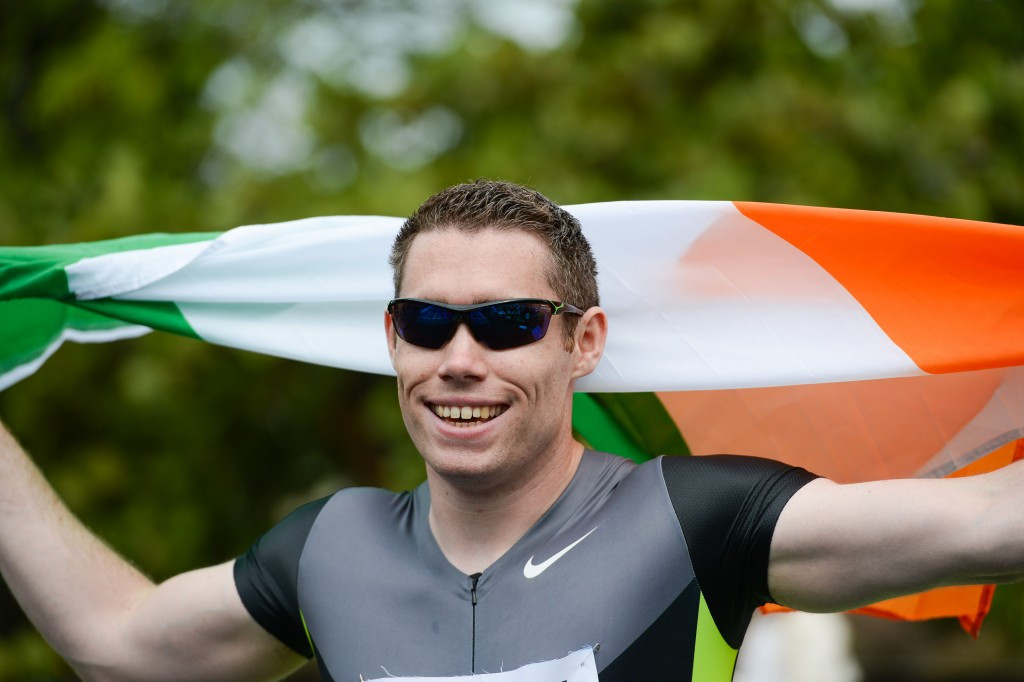 Ireland’s Jason Smyth can now officially lay claim to being the fastest Para-athlete in the world as he won the cross-classification 100 metres race held to mark One Year to Go until the 2016 Paralympic Games in Rio de Janeiro today.

T12 athlete Smyth, dubbed the "Usain Bolt of the Paralympics", powered to victory in a time of 10.73sec, crossing the line ahead of American Richard Browne, the London 2012 T44 100m silver medallist.

Ferreira endured a worrying end to the race, staged alongside the city's iconic Lagoa Rodrigo de Freitas, as he collapsed at the finish and was taken to hospital for tests.

In the women’s 100m race, Cuba’s T13 world record holder Omara Durand lived up to her pre-event favourite tag, winning comfortably in 11.74, a time 0.09 outside her record.

There was also a men’s B-final, held in the visually-impared T11 class won by American David Browne, who clocked 11.12 to finish ahead of Brazil’s Felipe Gomes.

Both Smyth and Durand came into the race as favourites and they were able to assert their dominance over their rivals ahead of next year’s eagerly-anticipated Games.

“It was fantastic,” Irishman Smyth said.

“I am very pleased with the result and even more so because so many people came to watch.

“The event was very well organised and I’m sure that Rio is on the right track for next year.”

In addition to the races, a Paralympic festival was held to celebrate exactly 365 days to go until Rio 2016 is due to open on September 7 next year.

The event, staged on the same day tickets for the Paralympics go on sale, featured a range of sporting activities, involving top Brazilian and international stars, as well as cultural and educational attractions.

It showcased Paralympic sports such as wheelchair basketball, five-a-side football for the visually impaired and sitting volleyball and was attended by top athletes, celebrities and members of the public.