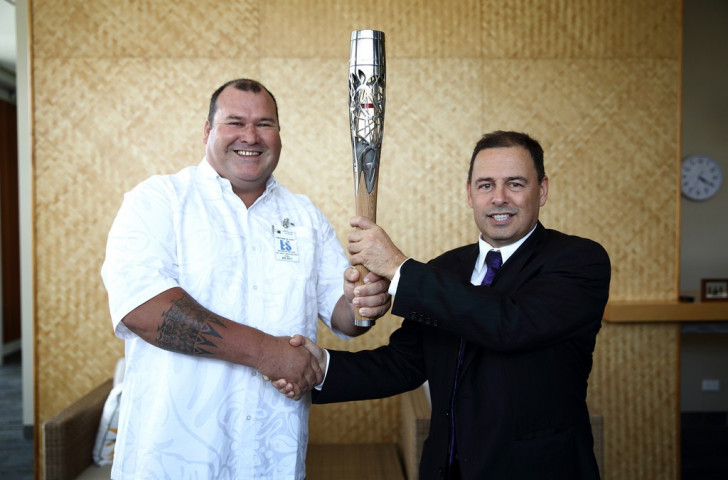 The nation have sent a team of 22 competitors here, who will take part in rugby sevens, lawn bowls, aquatics and athletics during the event, which began with the Opening Ceremony on Friday (September 5) and runs until September 11.

Graham, who was recently elected as the Commonwealth Games Federation regional vice-president for Oceania, also hopes the Games here in the Samoan capital can help raise the profile of some of the smaller Pacific countries.

“The Commonwealth Youth Games is about sharing different cultures and making new friends," he said.

“To be exposed to that is beneficial to us, our Commonwealth Games Association and our NOC.

“You can train as much as you can at home but you don’t have that competition you get here and without that experience you might not do as well.

“Sending athletes to the Youth Games can only help their development and will give them a good experience for the future.

“Even some of our Commonwealth counterparts don’t know where the islands are and we hope this event can increase the perception and awareness of some of the smaller countries.”

Cook Islands, which has a population of around 11,000, have never won a medal of any colour at a main Commonwealth Games or the Commonwealth Youth Games.

“Winning a medal here would be great - it would be front page news back home,” Graham added.

“I think that is a bit unrealistic but it is mainly about their experience and own personal performances.”

The Cook Islands contingent are among over 900 athletes who are competing at this year’s Commonwealth Youth Games, where 107 gold medals in nine sports will be available across five days of competition.