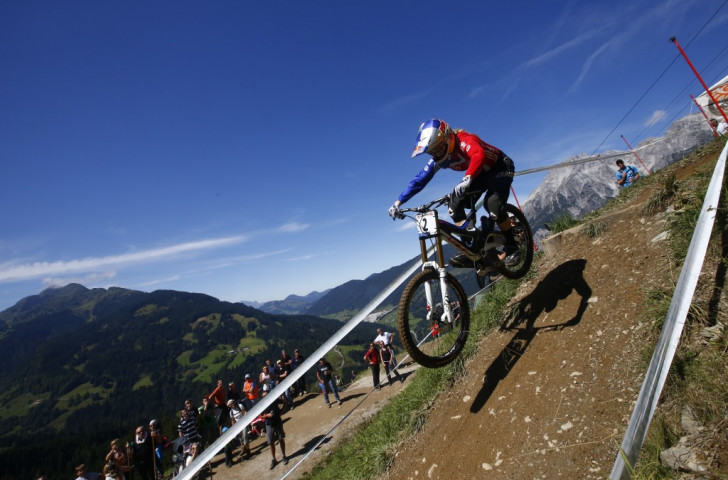 World number one Rachel Atherton of Britain surged to her third International Cycling Union (UCI) Mountain Bike and Trials World Championships elite women’s downhill title with another stunning performance on the final day of this year’s event in Vallnord, Andorra.

The 27-year-old came into the competition off the back of a superb World Cup season, where she was crowned overall champion, and justified her position as the best women’s downhill rider in the world by clocking 5min 08.48sec.

“I knew it was going to be hard today and the track is crazy, so dry now compared to earlier in the week,” Atherton said.

"It's fast and you have to hang on.

“That's what I wanted this year, both titles back, and I'm pretty stoked.

In what was an entertaining event, Australian Hannah put herself in the box seat with four riders to go as she was the first to go underneath the 5:20 mark.

The final three riders were all British but Tahnee Seagrave fell victim to the tough conditions as she crashed and could only manage fifth, before Carpenter took to the course and gave herself a decent chance of defending her title.

But team mate Atherton knocked three seconds off Carpenter’s time to ensure she topped the podium, which has been a familiar feeling for her throughout the season.

The elite men’s downhill crown went to French youngster Loïc Bruni as he secured his maiden senior title thanks to a time of 4:19.585.

Bruni, junior men’s world champion in 2012, had guaranteed himself a medal with his performance but there were still two riders who could deny him his first elite career gold.

Australian Troy Brosnan was second behind the Frenchman on the intermediate split before he lost time at the end of the course, while World Cup champion Aaron Gwin of United States looked in good form but crashed out, handing Bruni a deserved triumph.

“I didn't believe it could be possible," he said.

"I wasn't even thinking about the win and I had a good run.

“At the bottom were all the people and fans, so I went off the brakes and went really loose, and I held it to the bottom and it's amazing."