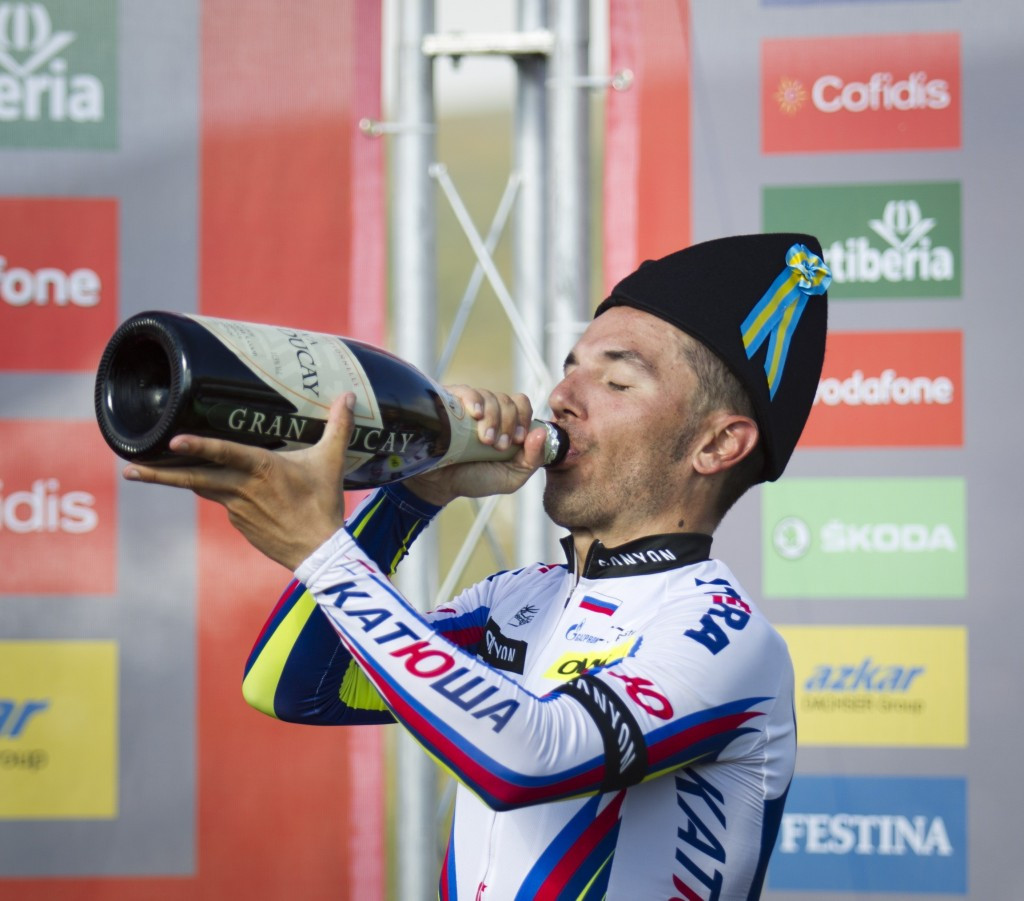 Joaquim Rodriquez closed to within one second of Italy’s Fabio Aru at the top of the Vuelta a España general classification after the Spanish cyclist accelerated away from his rivals in the closing kilometres to win stage 15.

A nine-man breakaway formed at the second attempt in the opening kilometres of the 175.8 kilometres route from Comillas to Sotres, after an initial move had been foiled by the Movistar team.

Movistar continued to work hard to keep the second move at close quarters as they looked to set their Colombian rider Nairo Quintana up with a tilt at the stage victory and potentially reigniting his faltering challenge for leader’s red jersey.

As the leaders, including the Frenchman Pierre Rolland and Spain’s Haimar Zubeldia, approached the second category Alto del Torno at 60 kilometres to go they enjoyed an advantage of nearly four minutes.

With the pace in the main field continually increasing the breakaway’s lead began to deteriorate and as they reached the foot of the final climb at Sotres with 10 kilometres to the finish the advantage stood at a solitary minute, prompting Zubeldia to launch an attack.

Similarly the start of the climb provided Quintana with the ideal launch-pad to move away from the peloton and the Colombian attempted to bridge the gap to Zubeldia as the gradient continued to get steeper as they headed towards the summit finish.

Both attacks would prove futile in the end as they were both swallowed up by the peloton in the closing stages, with Zubeldia brought back just two kilometres from the line.

His compatriot Rodriquez, a specialist in attacking late on a mountainous stage, showed his prowess once again as he added to his two stage victories at this year’s Tour de France by moving clear in the final metres to cross the line solo in 4 hours 33min 31sec.

By winning the stage the Spaniard also picked up a 10 second time bonus, which catapulted him up the standings to sit just behind Aru who ended the stage level with Quintana, 15 seconds adrift of the stage winner.

Poland’s Rafal Majka was able to claw back three seconds on Aru after sprinting clear of the Italian prior to the line, which enabled him to move into third in the general classification after The Netherlands’ Tom Dumoulin finished 40 seconds behind the Pole.