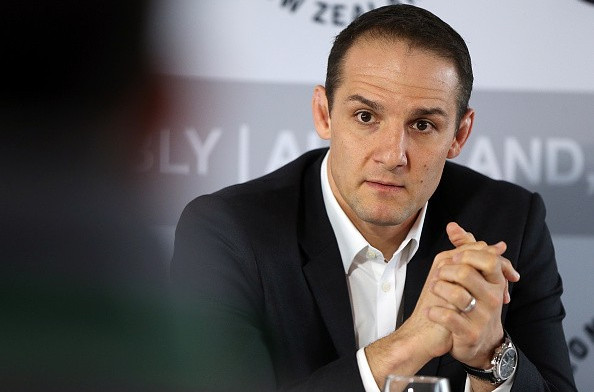 Sierra Leone not being allowed to compete at the 2015 Commonwealth Youth Games here was "not what anyone wanted", Commonwealth Games Federation (CGF) chief executive David Grevemberg told insidethegames while vowing to help avoid a repeat of the situation at future events.

Samoan Prime Minister Tuilaepa Aiono Sailele Malielegaoi made the decision in order to protect the Pacific island as a matter of national health and security despite lobbying from the CGF on behalf of Sierra Leone.

Nearly 4,000 people have died in Sierra Leone since the outbreak of the deadly virus there in May 2014.

The African nation had claimed it had discharged its last known Ebola patient from hospital but a woman has since died of the virus in the north of the country, sparking fears of a fresh outbreak.

The Samoan Government were keen to help prevent a similar outbreak to the one the island suffered in 1919, where around 7,500 Samoans, roughly 22 per cent of the population, died during an influenza epidemic imported to the country from New Zealand.

The decision has meant no athletes from Sierra Leone will get the chance to compete and gain experience of a multi-sport event, potentially harming the development of the athletes in future, and Grevemberg admitted he was disappointed but stressed the organisation had done all it could.

“It was very disappointing as it meant one of our Commonwealth countries was unable to participate,” Grevemberg told insidethegames.

“It provided us with a very complex challenge and CGF exhausted every avenue, we advocated for the inclusion of our member in order to get them here but ultimately we respect the Prime Ministers decision on behalf of Samoa as he has their best interests at heart and they have a history with these type of diseases.

“When the Government make a decision there isn’t much you can do.

“This is not something that any of us, including Samoa, really wanted but we have to respect the overall situation and process.

“We will do our very best to implement measures to prevent this in the future.”

The situation provided the CGF with an unwanted challenge in the build-up to the 2015 Games, which began here yesterday with the Opening Ceremony and continue tomorrow with the first day of sporting action.

Medals will be won in three sports, athletics, swimming and weightlifting, with 107 golds on offer during the event, which concludes on September 11.

Around 1,000 athletes from 66 Commonwealth nations are due to take part across five days of competition.