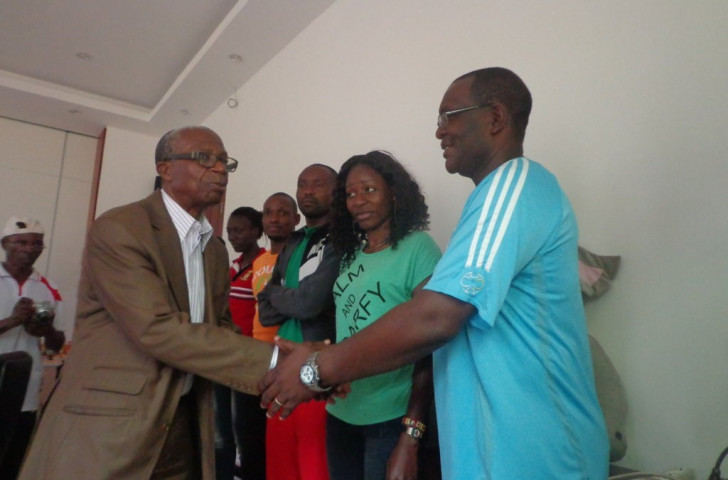 Congolese National Olympic and Sports Committee (CNOSC) vice-president Arsene Badia has been elected head of the organisation’s Athletes' Commission, it has been announced.

The appointment was made at the CNOSC headquarters in Coja and Badia will be charged with continuing the development of athletes in the African nation.

Badia’s election comes as the All-Africa Games continue in the Congolese capital Brazzaville, where 8,000 athletes are competing across 18 days of sporting action, ending on September 18.

"We know that we organise a very important 11th All-Africa Games here in Congo, not only for Federations but especially for athletes," he said.

"It is also an opportunity for us to sell our athletes abroad and sending them training in large countries where they will return to defend the colours of our country.

"We will try to fight for position and defend the interests of our athletes."

Badia, who has a strong relationship with Congolese sport having been involved with various sporting federations in the country, will also be tasked with keeping athletes active and ensuring competitors continue to want to represent Congo on the international stage.

The CNOSC Athletes’ Commission has been set up under the guidelines of the International Olympic Committee and second vice-president Emmanuel Mpioh says the Commission is an important one for the organisation and for sport in Congo as a whole.

"At the dawn of the 11th African Games, CNOSC held not only to respect the guidelines of the hierarchy, but also to arm the Congolese sports a very valuable tool in the management of our athletes that without them the sport would not exist," he said.

"The President-elect is a member of the executive of his tutelage.

"This structure is a guarantee of the rights and duties of athletes."

Congo have won a total of 31 medals in the history of the All-Africa Games, claiming one gold, 10 silvers and 20 bronzes.