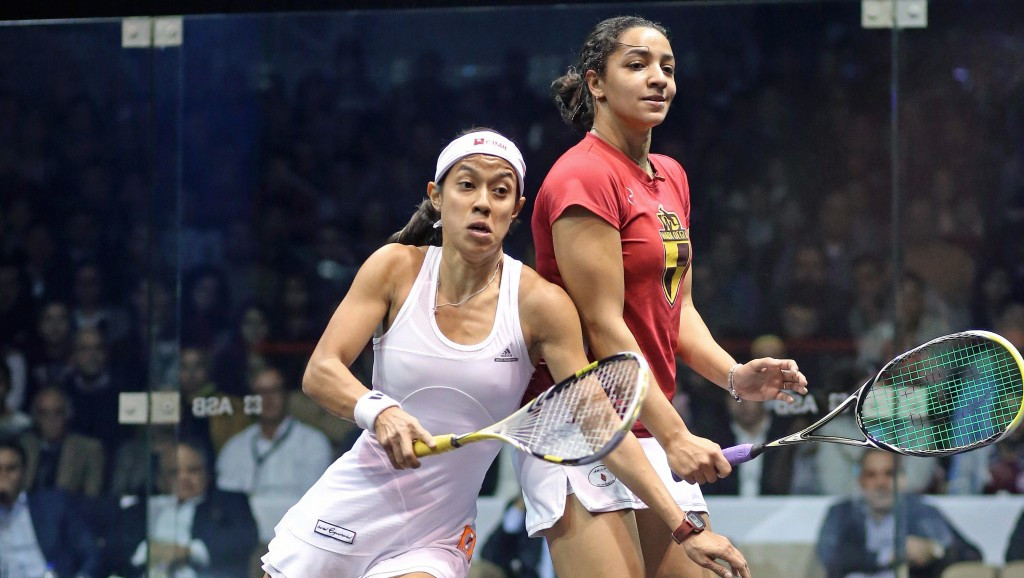 Raneem El Welily is the new women's squash world number one after bringing to an end Nicol David's incredible nine year run at the top of the pile.

The Egyptian becomes the first female star from her country to be crowned as number one in any sport after superb form in 2015, including a hat-trick of major wins at the J.P. Morgan Tournament of Champions, the Guggenheim Partners Windy City Open and the Alexandria Open.

She is the 13th person to hold the number one ranking which had been held by Malaysian star David since August 2006.

"I’m absolutely thrilled to have become the new world number one,” said the 26-year-old, who was named Women’s Player of the Year by the Professional Squash Association for 2015.

“Nicol has been number one for so long and the gap between her and all of us has been so huge that to get close to her is an achievement in itself.

"To be the person to finally overtake her is huge for me.

“I know I could just be there for one month and that's okay because I still need to do more in order for me to earn that spot - at the moment it's only a matter of calculation.

"I know that the challenge now is proving whether I’m worthy of staying there or not.

"If I want to do that then it all rests on how I perform this season.”

El Welily is due to begin her 2015-2016 season at the Stars On The Bund China Open on September 3 where she will be hoping to progress to a seventh final in eight events.

A potential showdown with eight-time World Open winner David, who is the top seed at the event, could then await her.

“Having that ranking makes me even more determined to try my best this season but it’s important not to put too much pressure on myself,” said El Welily.

“I’m trying to be hungrier this season than ever before and I’ll need that hunger if I’m to stay at the top and hopefully I can start the season well in China.”

Malaysian Delia Arnold is the biggest riser inside the top 20, climbing five spots to 12.

In the men’s rankings Frenchman Mathieu Castagnet has moved up two places to a career high ranking of nine, joining the elite top ten for the first time in his career.

Mohamed Elshorbagy of Egypt keeps his place as world number one, ahead of England's Nick Matthew.