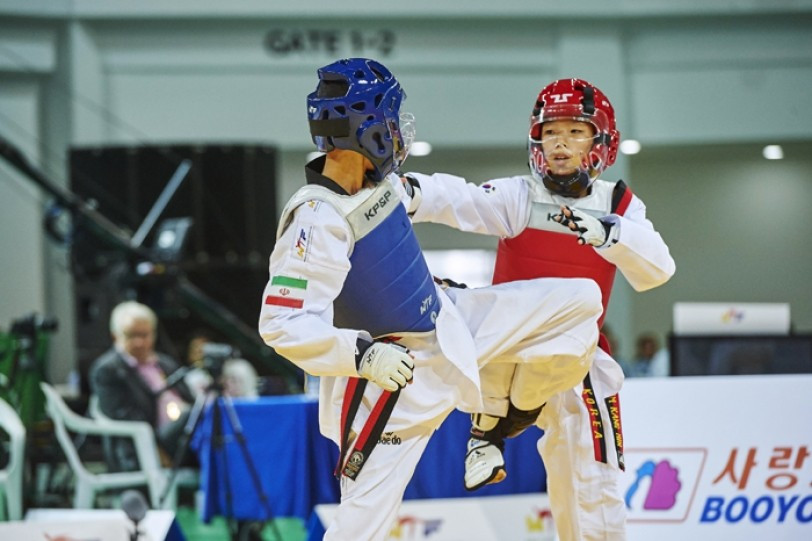 Thailand claimed two gold medals on the second day of the World Taekwondo Federation (WTF) World Cadet Championships at the T1 Arena in Muju County while France, Germany and hosts South Korea clinched one each.

The women’s under 41 kilograms final saw Thailand's Ploylapus Chaiprasit register an 8-6 win against Iran's Setareh Chaboki to earn her country the gold medal with the bronzes going to Ukraine's Viktoriya Sobko and Turkey's Derya Esme.

South Korea's Kang-min Kim brushed aside a strong challenge from Iran's Amir Valipour to secure gold with a 5-3 success in the men’s under 33kg final and the top two were joined on the podium by Uzbekistan's Jasurbek Zokirov and the Philippines' Wendil Jay Rama, who took the bronzes.

France's gold medal came in the women’s under 47kg category as Ines Mehnana recorded an 8-6 win against Russia's Elizaveta Andriianenko in the final, before which the bronzes went to Turkey's Ahsen Sengun and Mongolia's Namuun Boldbaatar.

Muhammedcan Goekce delivered the goods for Germany in the men’s under 53kg weight division, winning the final match 31-19 with a 12-point gap in the third round against Ukraine's Oleksandr Dziuba, while Turkey's Anil Erkin Zeray and Mexico's Baldomero Gutierrez Pena claimed the bronzes.

This year's WTF World Cadet Championships are only the second in all, with the inaugural edition being held in Baku last year.

Iran were the dominant force in the Azerbaijani capital, topping the men's and women's medal standings with an overall total of seven golds, four silvers and one bronze.

They signalled their intent to repeat the feat yesterday by sweeping all five weight categories on the opening day of action.

The action in Muju County is due to take place until Wednesday (August 26).